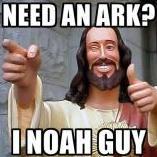 There should be a way to separate the balances made to dinosaurs and game mechanics between PvE and PvP.

Multiple balances have made PvE nothing but hard. Managarmr being a recent example, in PvE they're useless now thanks to the many balances made to make PvP better.

137 replies to this server topic