Community Crunch 244: Halloween and Gen2 and Extra Life! Oh my!

By StudioWildcard,
October 30, 2020 in Announcements

I sense that 'thing' and the white bunny from Monty Python's "King Arthur" have a lot in common... 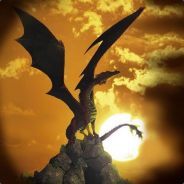 What's the config line for hexagon rewards multiplier and where does it go (game.ini or GUS)?