By StudioWildcard,
May 6, 2019 in Announcements

There's some good feedback here.  There are lots of challenges and hurdles with console development in regards to mods.  All of the current modders who had their mod chosen for console (including myse 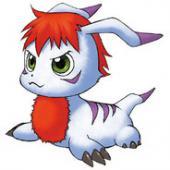 This answer is disgusting. One of the good things wildcard has done over the years is the freedom(variety of server settings and mods) of playing however you want in your non-official(single player OR

This answer pleases my soul