By StudioWildcard,
April 11, 2019 in Announcements

Survivors, We wanted to give everyone an update regarding the lost character situation on our official servers. A change we made last week resulted in some players vaults to be destroyed and item

Perhaps dino feed need and gas use should be disabled too, many tames will starve and things rot in fridges. 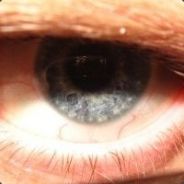 I guess you don't play with other online players in a PVP fashion. I'm not sure how you are "avoiding" meshing other than just not acknowledging it because it doesn't fit your narrative. But have fun