What is the oddest combination you have used to kill a boss or titan? 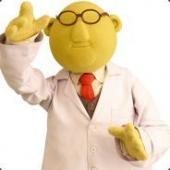 By Thiefer,
January 15 in General Discussion