By StudioWildcard,
August 29, 2019 in Announcements 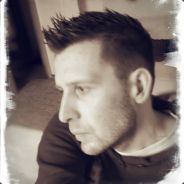 The not building in artifact caves has to be on every server not just classic. That is what all want!!!

Not after the wipe they wont.