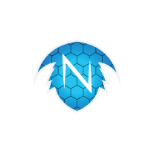 Introducing The Myotragus Hi everyone! My name is NeddyTheNoodle and I'm submitting my idea for a resource-scouting companion called the Myotragus! Please support and upvote it if you'd like to s

I really loved the idea back then and I still love it but the competion is strong!

in my opinion this is just kind of a useless creature that could get killed by basically anything within seconds.