ark mobile dungeons What's Your Experience With the Dungeons? 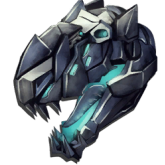 By TypicalArkGamer,
October 17, 2019 in General