TLC 3 announcement and what you want for it

By Scribelord,
March 5, 2020 in General Discussion

The ability for humans to actually walk instead of performing the Baywatch run at low speeds. 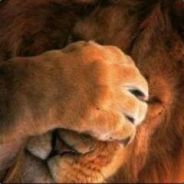 BREEDING TO ALL! I want all dinos to be breedable Megaloceros There are really no words for them letting the female model have holes in its head for this long. Come on! Brontos They re

The only thing I hope to see is a fix for Tuso hitbox. Mantas and other small dinos always get stuck in their head and there is no way to attack them or break free if you get swarmed. Either fix