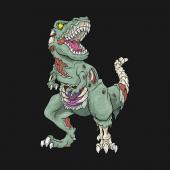 the Desert Wyvern-  looks like the thorny lizard short and stocky could spit sand storm that would steal stamina and damage enemies. Like a normal sandstorm and have the same effects.

The sea water wyvern- would look fishlike may or may not be able to fly. Would shoot water out in jets that would damage and drown some one.

Having a frost wyvern being the only wyvern that spawns out side a dragon trench is not fair. I love the mechanic and just feel there should be a few more environmental Wyverns based on their respective biomes