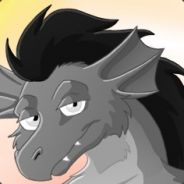 I would like to see some kind of system for automated broadcasts to have language control. As in a language broadcast that will send a broadcast in a specific language for each client set at that language. In my case, I have a broadcast that does this;

Server shutdown required. Server will shutdown in 30 minutes.\nReinicio do servidor necessario, o servidor ira reiniciar em 30 minutos.\nDo not start any long tasks, and try to get back to base soon.\nNao inicie tarefas longas e tente retornar a base logo.

As you can see here I used \n to do new lines and have the message translated for the line above. However, the game does not seem to support unicode characters, everything turned into ?? so I had to dumb down the language to basic characters but according to my friend who speaks both languages, that can dramatically change the word's meaning.

What I'd like to see is a broadcast command that lets you specify the language its for, so you can "broadcast-en message here" for english and then one for the other languages that support their unicode characters and whatnot. Then I can fit more detailed information in, and have completely custom messages for each language automatically sent to all my players. I only know english, so I have no idea what half of my broadcast up there says except what my friend told me to put in it, but it would end up being much cleaner if it could support multi-language broadcasts.

I think it would also be nice if we could do formatting inside broadcasts. So I can bold things or color text red, like "The server will shut down in <red>30</red> minutes." (example, not true code).

Thank you for taking the time to read my suggestion, I hope that it gets considered for a future update. I have many more things I'd like to post here at some point but I need time to consider how they will affect everyone and if they are balanced and well enough thought out to prevent abuse and such. It would go a long way to motivating me if some form of staff here can comment to assure me that input is indeed seen and considered though. Its demotivating after all, when something gets buried and never seen.