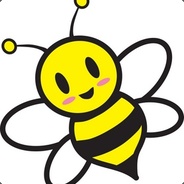 Intro: Ark is an amazing grindy game that requires hundreds and maybe thousands of hours to be put in. Our current pvp system is extremely hardcore to the point where it pushed thousands of players to quit Ark and that is why I am suggesting a PvP overhaul.

# Flag for pvp / Flag for pve
Case 1: Player dies, you get to loot their entire inventory.
Case 2: Player base gets raided, you get to loot everything, destroy every and kill all his tames.
# This player spent let's say an avg of 600 hours building up and you just killed all his work in 30 minutes.

Proposed overhaul:
Doing damage via your mounted dino or self Flags both of your for pvp for a set ammount of time.
Case 1:
Flagged for Pve :Player 1 dies, you receive " Points for killing the player" these points can be used to buy different pvp gear sets via an in-game point vendor.
Flagged for pvp: player 1 dies you receive points, get to loot his inventory BUT not his armor, equipped armor and everything that is set on the player bar is not lootable.
The loot = Points + whatever in the players inventory   " still debateable because it can still be an immense amount of loot"

Case 2:
Player x raids player 1, you can't meat run entire base. you are allowed to destroy a set amount of   " example vaults, storages to get loot "
Dinos that are not in combat are immune to damage, Defenses on the other hand, are always destroyable.  As for tek dono storages " we can balance it out to allow 5 random dinos to be looted by the raider and the rest grayed out "
# When the player finishes looting the spoils of war the base becomes flagged for pve for a set amount of time allowing the players to patch up #


I know my system is not perfect but I just came up with this in 10 minutes... You can argue/comment/critique as much as you like, I honestly want to hear your thoughts about this matter overall.