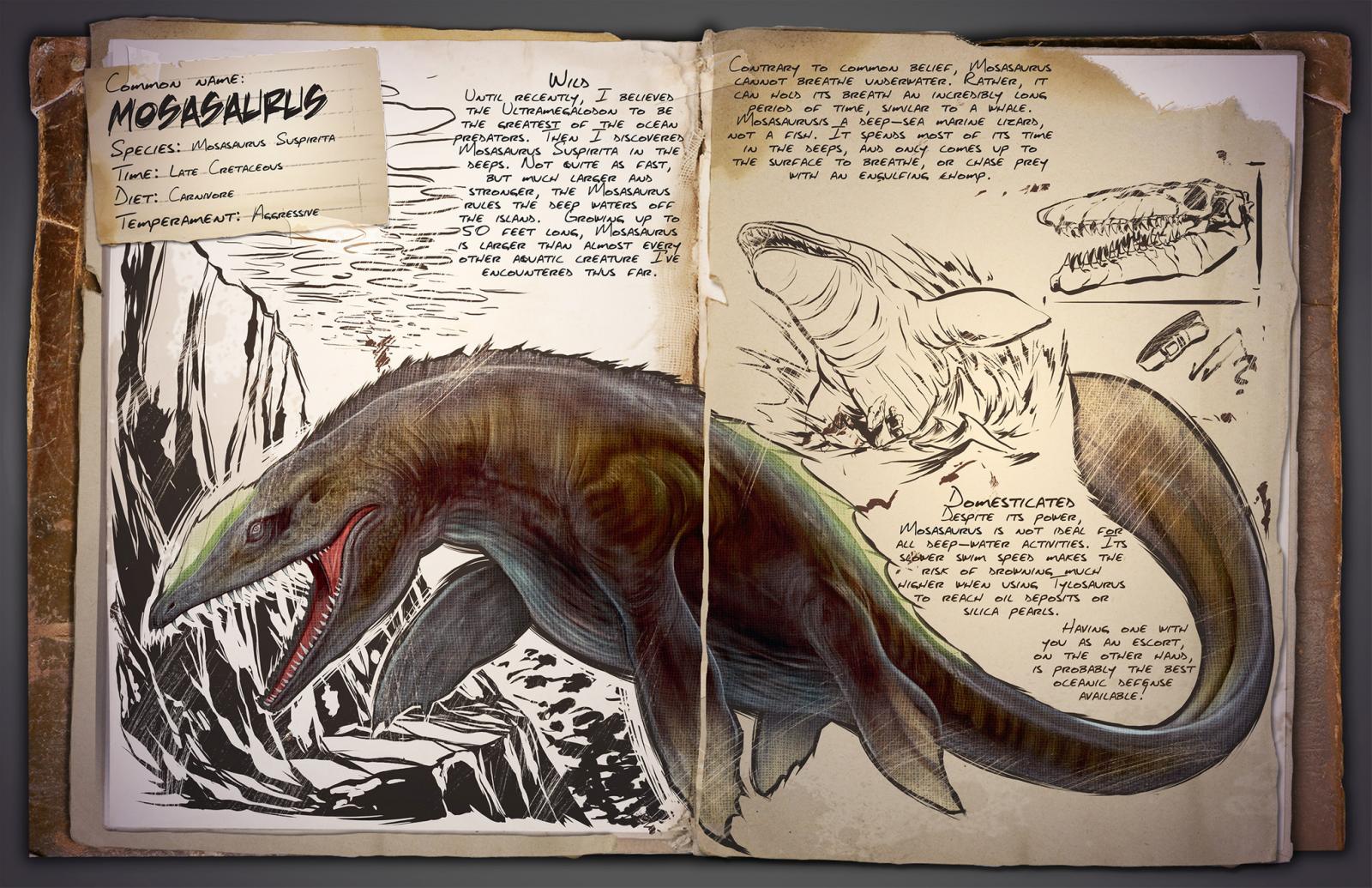 Wild:
Until recently, I believed the Ultramegalodon to be the greatest of the ocean predators. Then I discovered Mosasaurus suspirita in the deeps. Not quite as fast, but much larger and stronger, the Mosasaurus rules the deep waters off the island. Growing up to 50 feet long, Mosasaurus is larger than almost every other aquatic creature I've encountered thus far.

Contrary to common belief, Mosasaurus cannot breathe underwater. Rather, it can hold its breath an incredibly long period of time, similar to a whale. Mosasaurus is a deep-sea marine lizard, not a fish. It spends most of its time in the deeps, and only comes up to surface to breathe, or chase prey with an engulfing chomp.

Domesticated:
Despite its power, Mosasaurus is not ideal for all deep-water activities. Its slower swim speed makes the risk of drowning much higher when using Tylosaurus to reach oil deposits or silica pearls. Having one with you as an escort, on the other hand, is probably the best oceanic defense available!