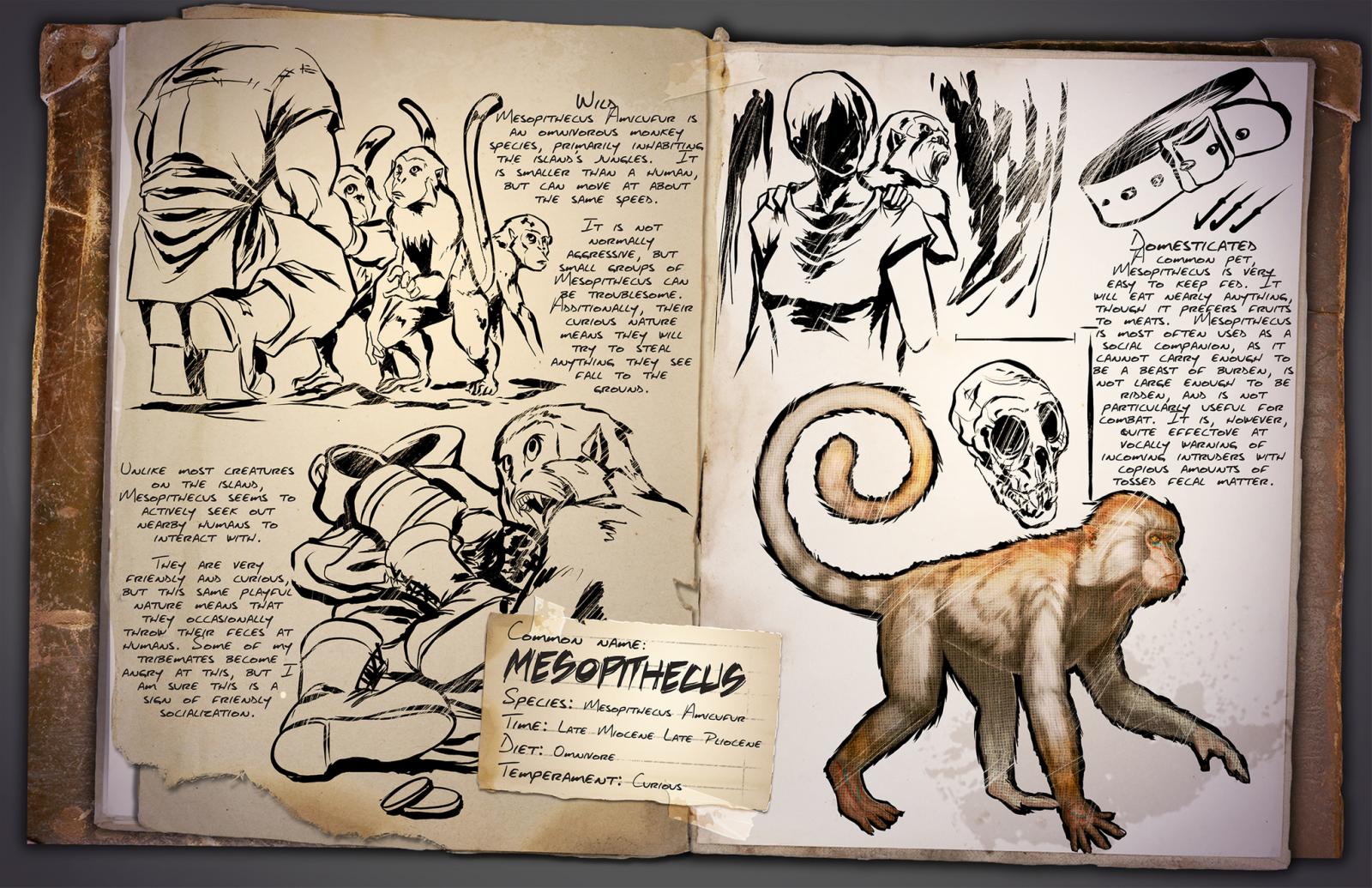 Wild:
Mesopithecus amicufur is an omnivorous monkey species, primarily inhabiting the island's jungles. It is smaller than a human, but can move at about the same speed. It is not normally aggressive, but small groups of Mesopithecus can be troublesome. Additionally, their curious nature means they will try to steal anything they see fall to the ground.

Unlike most creatures on the island, Mesopithecus seems to actively seek out nearby humans to interact with. They are very friendly and curious, but this same playful nature means that they occasionally throw their feces at humans. Some of my tribe mates become angry at this, but I am sure this is a sign of friendly socialization.

Domesticated:
A common pet, Mesopithecus is very easy to keep fed. It will eat nearly anything, though it prefers fruits to meats. Mesopithecus is most often used as a social companion, as it cannot carry enough to be a beast of burden, is not large enough to be ridden, and is not particularly useful for combat. It is, however, quite effective at vocally warning of incoming intruders with copious amounts of tossed fecal matter.