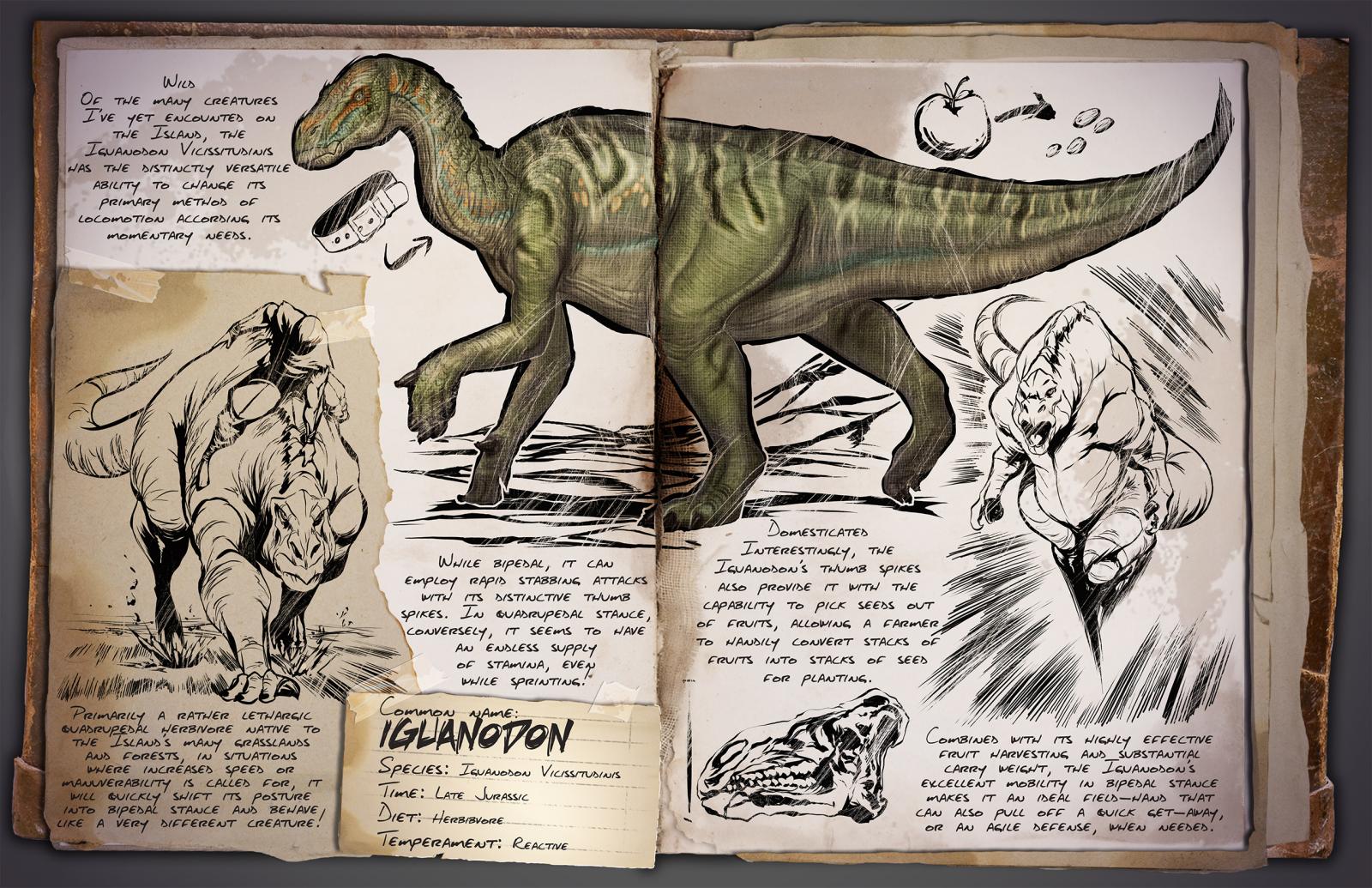 Wild:
Of the many creatures I've yet encountered the island, the Iguanodon vicissitudinis has the distinctly versatile ability to change its primary method of locomotion according to its momentary needs. While bipedal, it can employ rapid stabbing attacks with its distinctive thumb spikes. In quadrupedal stance, conversely, it seems to have an endless supply of stamina, even while sprinting!

Primarily a rather lethargic quadrupedal herbivore native to the island's many grasslands and forests, in situations where increased speed or maneuverability is called for, it will quickly shift its posture into bipedal stance and behave like a very different creature!

Domesticated:
Interestingly, the Iguanodon's thumb spikes also provide it with the capability to pick seeds out of fruits, allowing a farmer to handily convert stacks of fruits into stacks of seed for planting. Combined with its highly effective fruit harvesting and substantial carry weight, the Iguanodon's excellent mobility in bipedal stance makes it an ideal field-hand that can also pull off a quick get-away, or an agile defense, when needed.