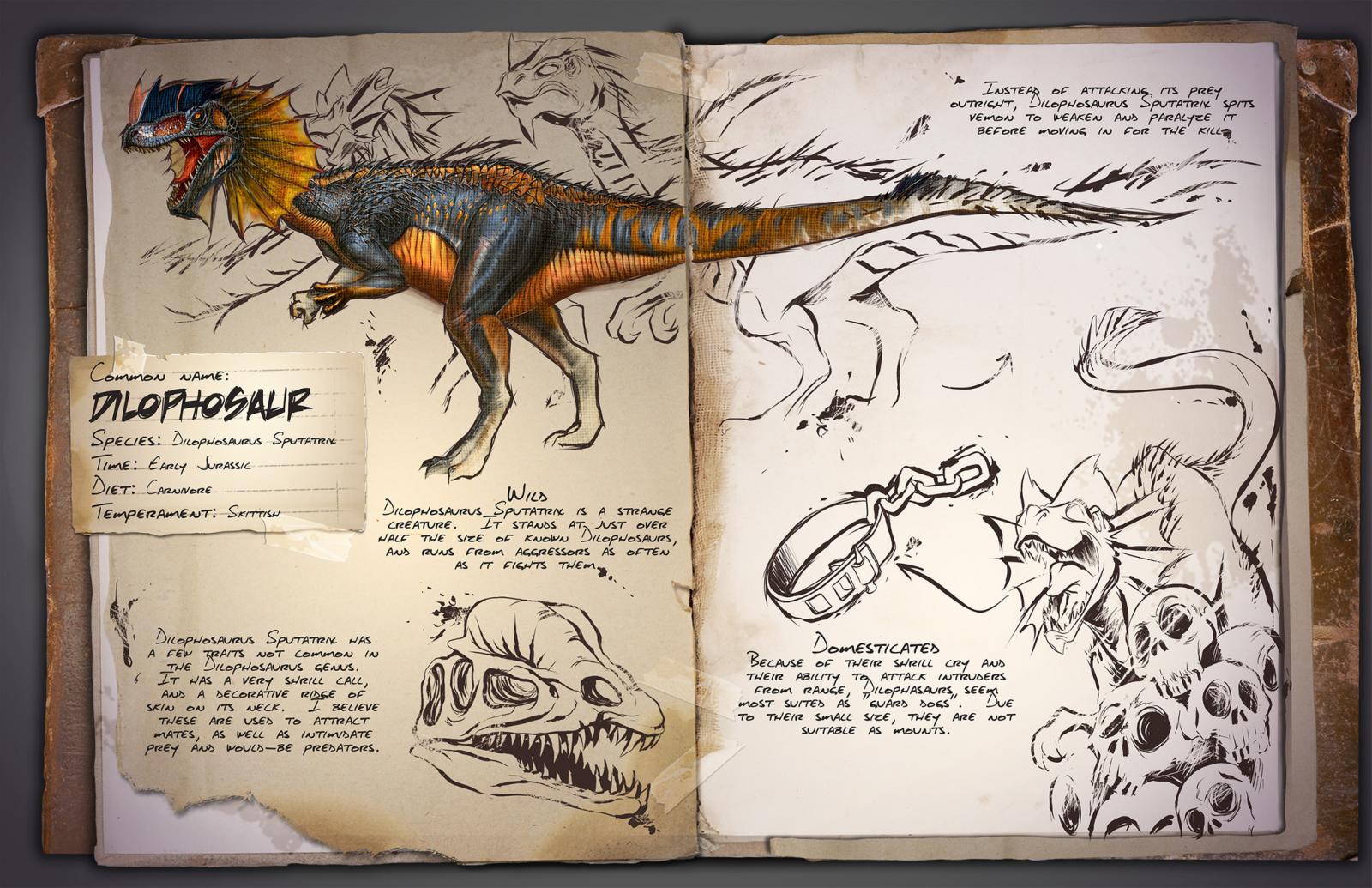 Wild:
Dilophosaurus sputatrix is a strange creature. It stands at just over half the size of known Dilophosaurs, and runs from aggressors as often as it fights them.

Domesticated:
Because of their shrill cry and their ability to attack intruders from range, Dilophosaurus seem most suited as "guard dogs". Due to their small size, they are not suitable as mounts.