claws THE TEK CLAWS NEED TO BE BUFFED 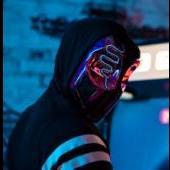 THE TEK CLAWS NEED TO BE BUFFED

The tek claws have a lower DPS than the tek sword in all departments:

So I ask: why are the tek claws even in the game? The new boss is one of the hardest so far, and the process of getting to it is probably the most painful and boring process as of late. Why are players rewarded with such an awful melee weapon? An ascendant metal sword will out DPS tek claws by a lot against tames and wooden structures. In fact, it may be possible to break down a stone door with a normal sword faster than a pair of tek claws. Sure... The tek claws can block. The damage reduction is pathetic, and the durability taken is astronomical. It'd be better to just use a tek sword with a riot shield. I understand they were too strong on release, but they were criminally overnerfed. They are sub par in just about everything. The wiki says that tek claws are meant to shred armour, but they don't really shred armour. The only true use of the tek claws is to apply the "shredded" debuff, which I assume reduces armour. It must be a pretty pathetic amount of armour shred, because I tested the DPS in the video below where you can clearly see the DPS of the sword is still higher through armour.

How can the tek claws be fixed?
Give them a role. Even when the damage ramps up they are still worse than other options. It's already risky to play a melee playstyle, so the damage should be high. A melee weapon is intended to do high damage for the risk of being close to a tame. I have some cool suggestions to make these claws relevant in the meta with melee players, because we are really disappointed in what we see from this new weapon.