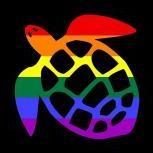 OK, so the griffin is in a pretty poor position right now, and I feel it could use a buff to put it on par with things like wyverns for combat, and owls for speed. Mostly damage; 27 base damage is pretty poor, and you'd expect a falcon to do significantly more damage than a vulture (killing prey vs scavenging), right? Owls and Argentavis' base damage is 25; as stated before, the griffin's is 27. They were meant to be fast killers with less HP, rather than the slightly slower (when the griffin's diving), tankier wyverns. Plus, I've nabbed a tribe mate (PVE so we were messing around) off of a managarmr as it was boosting forwards with a griffin, so maybe a buff would bring it back into relevance in PVP. I'm not saying that it should be what it was on launch (getting to 10k hp with a 150 in about 3 levels was OP), but something to make it better overall. A stam buff would be nice, but not necessary (the stam as of right now feels pretty balanced- a good mix of "you need to stop after diving 5 times" and "you can fly from one end of the city to the other on ~600 stam").