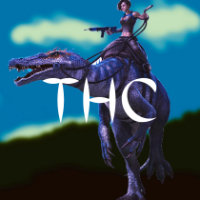 (15 MAN LOOKING TO GROW) THC is a tribe accepting mid level and experienced players. We are an American tribe but aren't against players from other countries joining. We are looking for active players who have general knowledge about the game and who are ready to work. Please below state your character's level, your age, and your favorite thing to do in ark. (Please include your PSN username) PLAYSTATION OFFICIAL PVP TRIBE