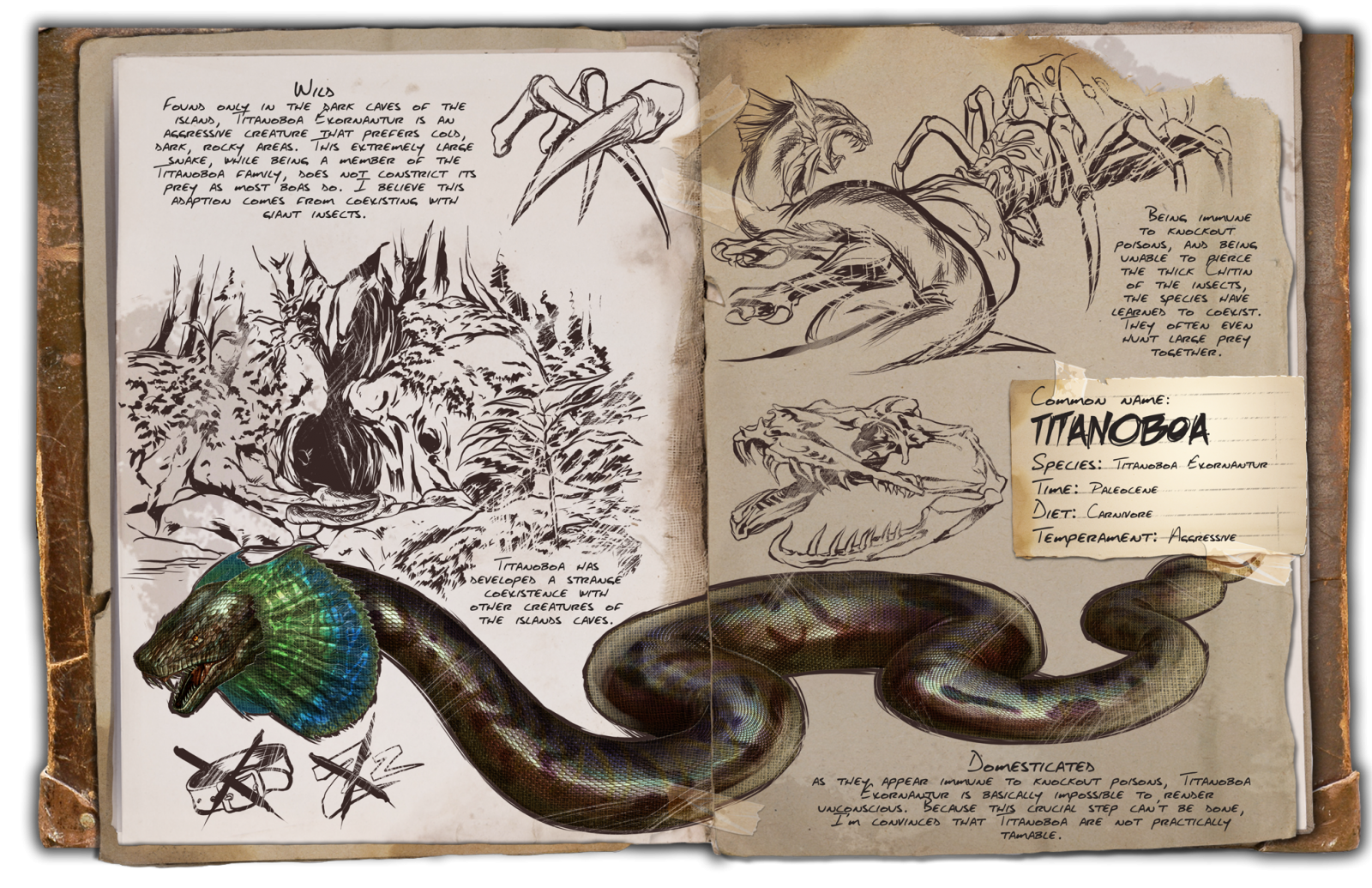 Wild:
Found in the swamps and the dark caves of the island, Titanoboa exornantur is an aggressive creature that prefers cold dark rocky areas. This extremely large snake, while being a member of theTitanoboa family, does not constrict its prey as most boas do. This adaption may come from coexisting with giant insects.

Being immune to knockout poisons, and being unable to pierce the thick chitin of the insects, the species have learned to coexist. They often even hunt large prey together. Titanoboahas developed a strange coexistence with the other creatures of the island's caves.

Domesticated:
As they appear immune to knockout poisons, Titanoboa exornantur is basically impossible to render unconscious. Because this crucial step can't be done, taming this can be a challenge!