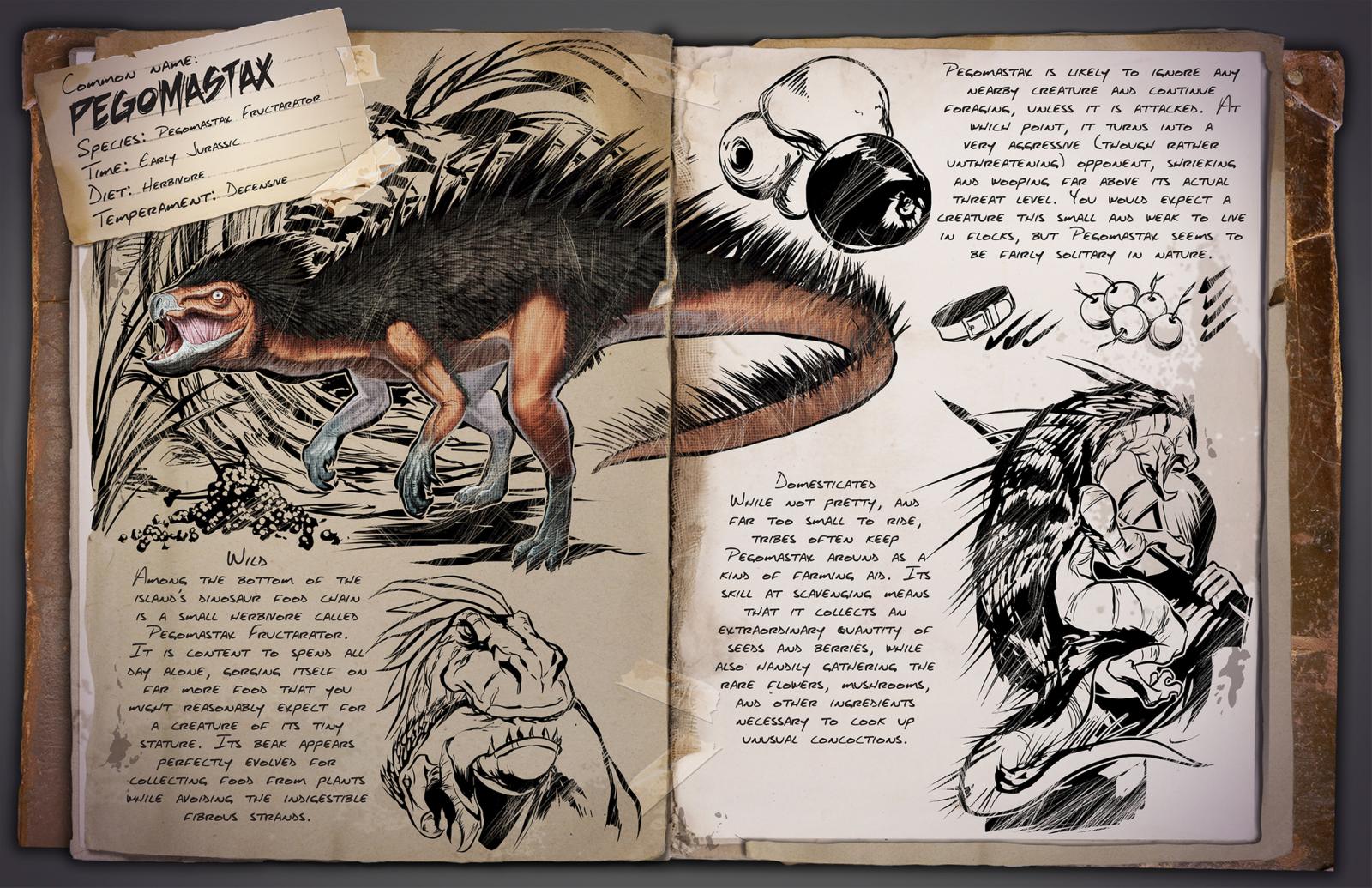 Wild:
Among the bottom of the island’s dinosaur food chain is a small herbivore called Pegomastax Fructarator. It is content to spend all day alone, gorging itself on far more food that you might reasonably expect for a creature of its tiny stature. It’s beak appears perfectly evolved for collecting food from plants while avoiding the indigestible fibrous strands.

Pegomastax is likely to ignore any nearby creature and continue foraging, unless it is attacked. At which point, it turns into a very aggressive (though rather nonthreatening) opponent, shrieking and wooping far above it’s actual threat level. You would expect a creature this small and weak to live in flocks, but Pegomastax seems to be fairly solitary in nature.

Domesticated:
While not pretty, and far too small to ride, tribes often keep Pegomastax around as a kind of farming aid. It’s skill at scavenging means that it collects an extraordinary quantity of seeds and berries, while also handily gathering the rare flowers, mushrooms, and other ingredients necessary to cool up unusual conceptions.