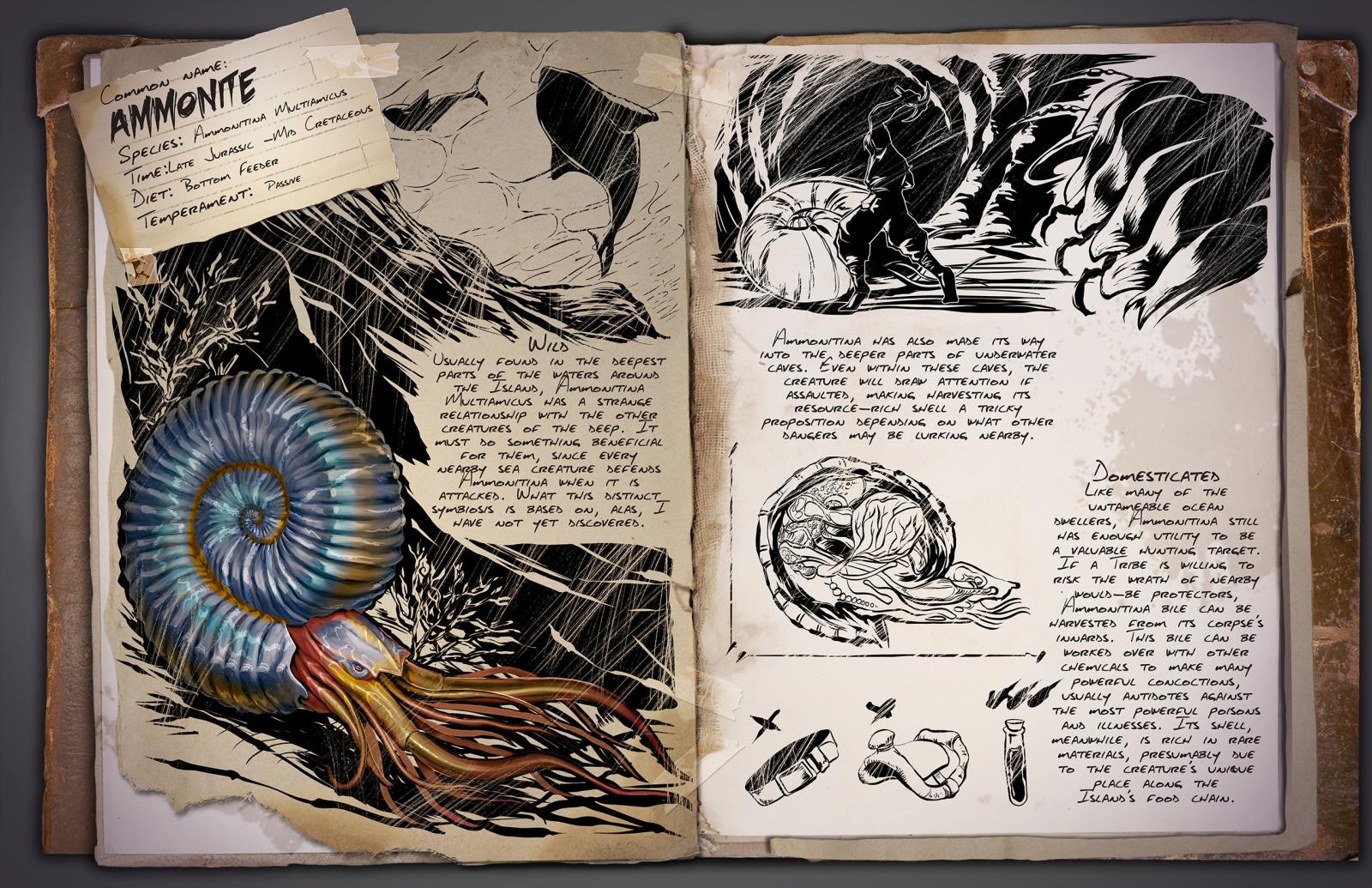 Usually found in the deepest parts of the waters around the island, Ammonitina Multiamicus has a strange relationship with the other creatures of the deep. It must do something beneficial for them, since every nearby sea creature defends Ammonitina when it is attacked. What this distinct symbiosis is based on, alas, I have not yet discovered.

Ammonitina has also made its way into the deeper parts of underwater caves. Even within these caves, the creature will draw attention if assaulted, making harvesting its resource-rich shell a tricky proposition depending on what other dangers may be lurking nearby.

Like many of the untamable ocean dwellers, Ammonitina still has enough utility to be a valuable hunting target. If a tribe is willing to risk the wrath of nearby would-be protectors, Ammonitina bile can be harvested from it’s corpse’s innards. This bile can be worked over with other chemicals to make many powerful concoctions, usually antidotes against the most powerful poisons and illnesses. Its shell meanwhile, is rich in rare materials, presumably due to the creature’s unique place along the Island’s food chain.