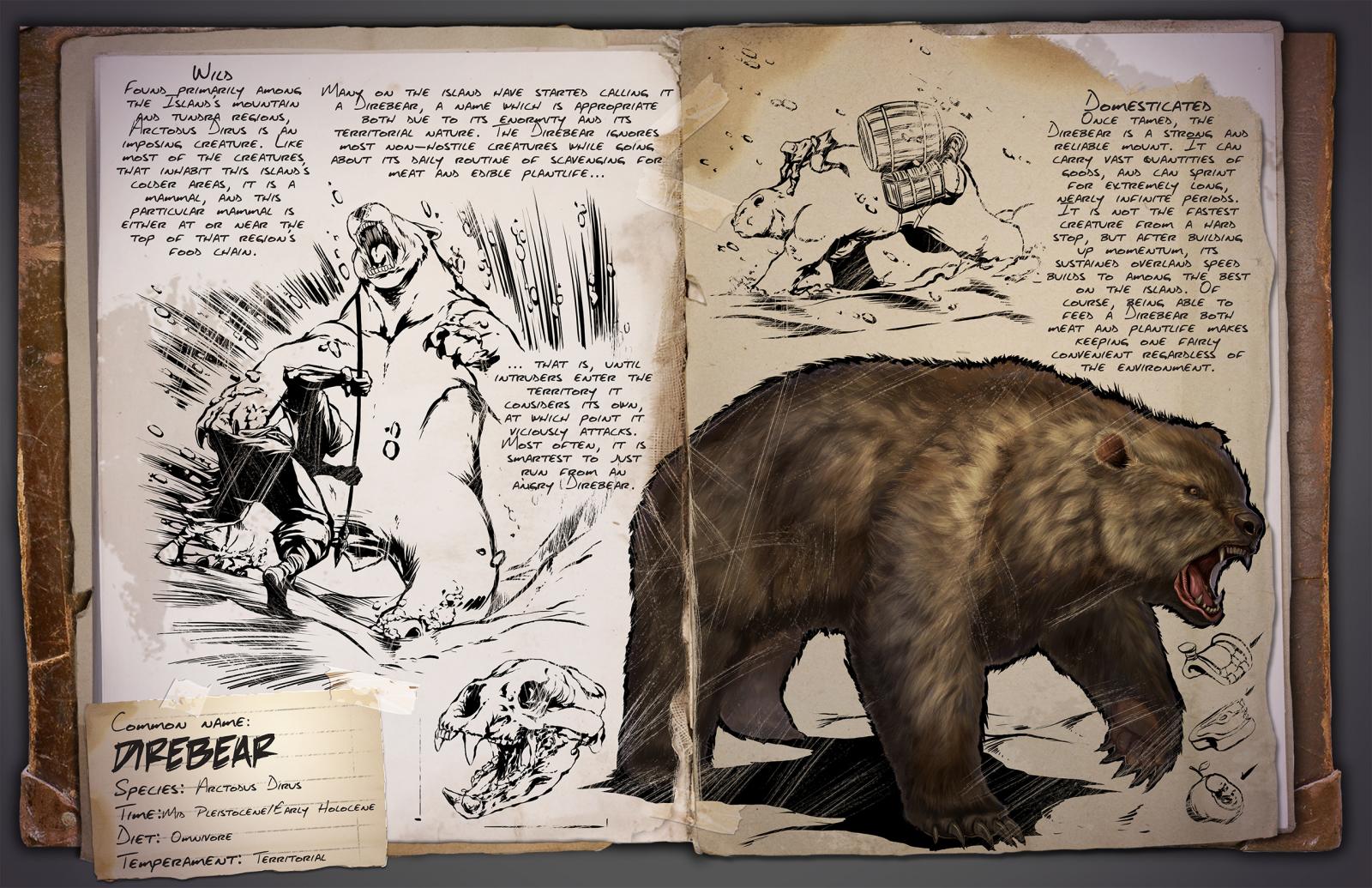 Wild:
Found primarily among the Island’s mountain and tundra regions, Arctodus Dirus is an imposing creature. Like most of the creatures, that inhabit this island’s colder areas, it is a mammal, and this particular mammal is either at or near the top of that region’s food chain.

Many on the island have started calling it Direbear, a name which appropriate both due to it’s enormity and it’s territorial nature. The Direbear ignores most non-hostile creatures while going about its daily routine of scavenging for meat and edible plantlife... That is, until intruders enter the territory it considers its own, at which point it viciously attacks. Most often, it is smartest to just run from an angry Direbear.

Domesticated:
Once tamed, the Direbear is a strong and reliable mount. it can carry vast quantities of goods, and can sprint for extremely long, nearly infinite periods. It is not the fastest creature from a hard stop, but after building up momentum, its sustained overland speed builds to among the best on the island. Of course, being able to feed a Direbear both meat and plantlife makes keeping one fairly convenient regardless of the environment.