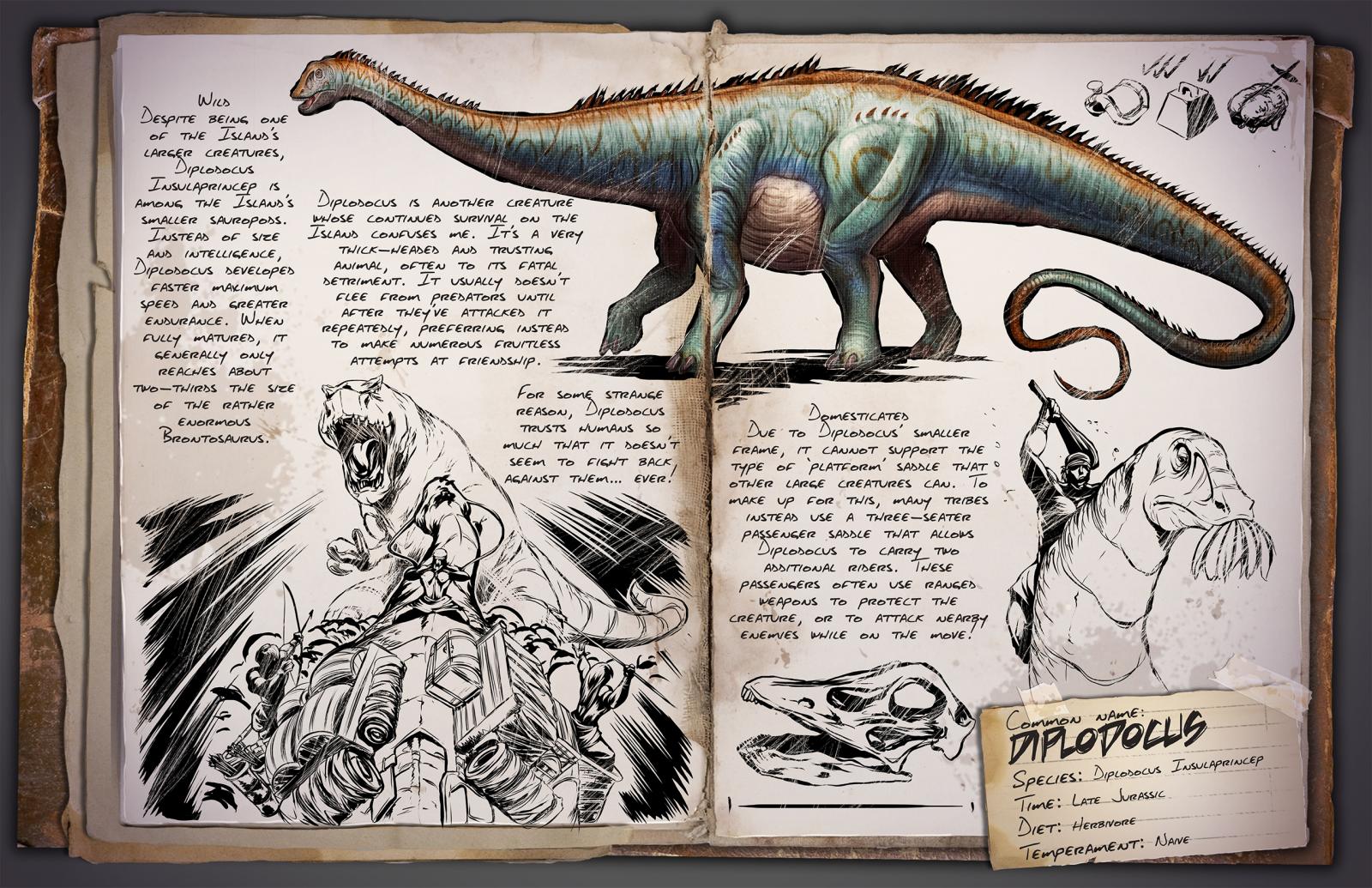 Wild:
Despite being one of the Island's larger creatures, Diplodocus Insulaprincep is among the Island's smaller sauropods. Instead of the size and intelligence, Diplodocus developed faster maximum speed and greater endurance. When fully matured, it generally only reaches about two-thirds the size of the rather enormous Brontosaurus.

Diplodocus is another creature whose continued survival on the Island confuses me. It's a very thick-headed and trusting animal, often to its fatal detriment. It usually doesn't flee from predators until after they've attacked it repeatedly, preferring instead to make numerous fruitless attempts at friendship. For some strange reason, Diplodocus trusts humans so much that it doesn't seem to fight back against them... ever!

Domesticated:
Due to Diplodocus' smaller frame, it cannot support the type of 'platform' saddle that other large creatures can. To make up for this, many tribes instead use a three-seater passenger saddle that allows Diplodocus to carry two additional riders. These passengers often use ranged weapons to protect the creature, or to attack nearby enemies while on the move!