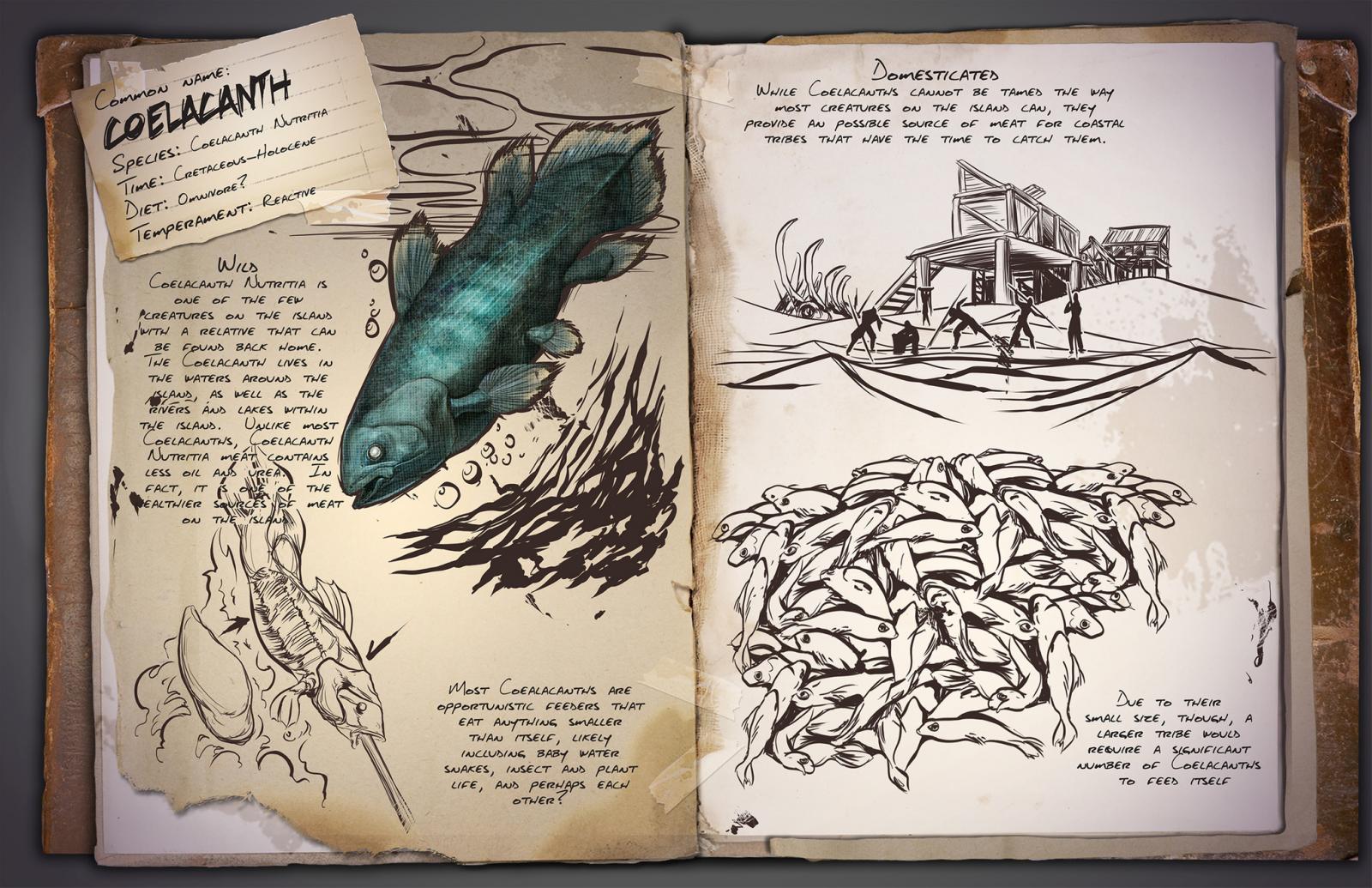 Most Coelacanths are opportunistic feeders that eat anything smaller that itself, likely including baby water snakes, insect and plant life, and perhaps each other?

Domesticated:
While Coelacanths cannot be tamed the way most creatures on the island can, they provide a possible source of meat for coastal tribes that have the time to catch them.