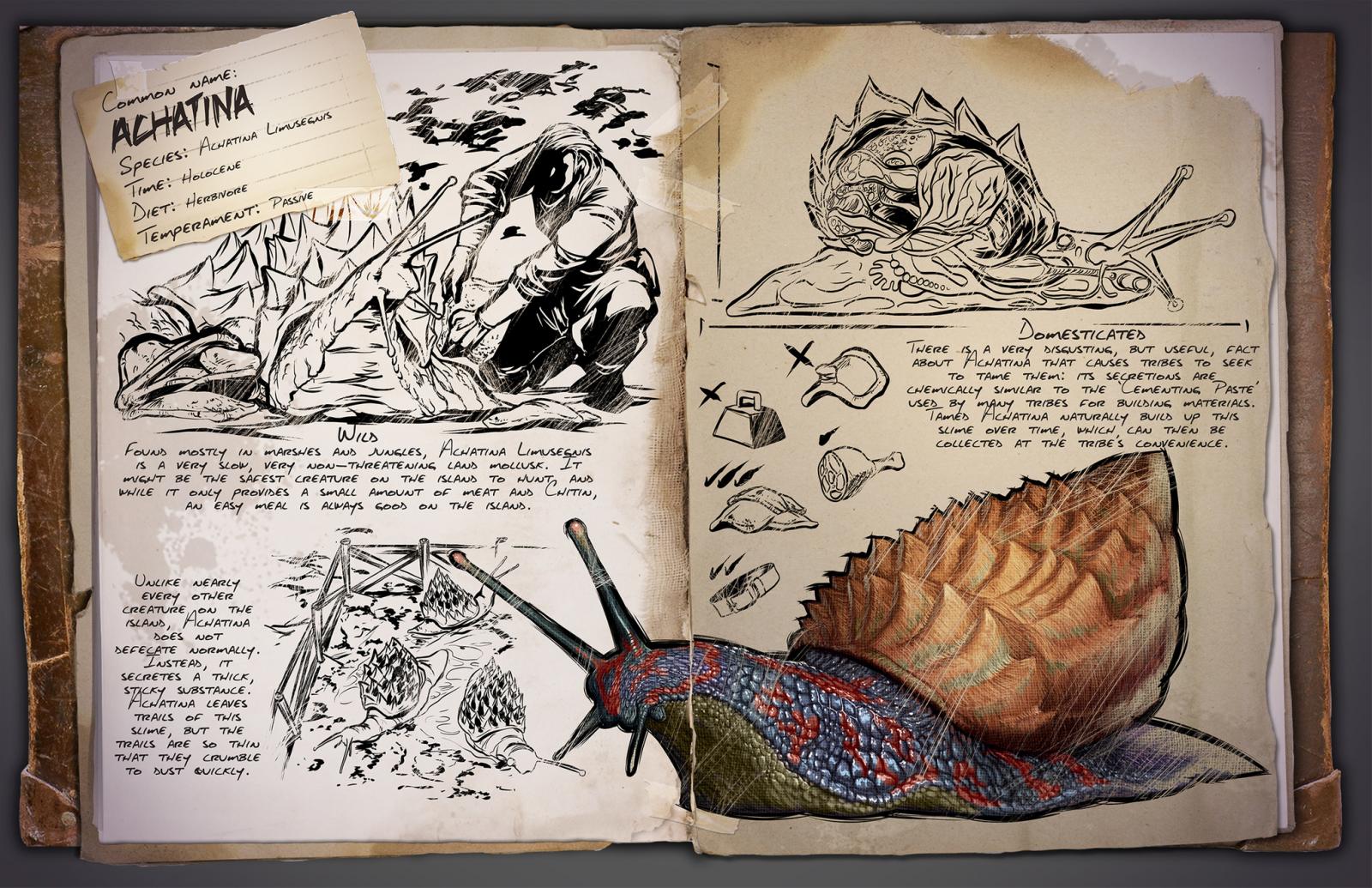 Wild:
Found mostly in marshes and jungles, Achatina Lumusegnis is a very slow, very non-threatening land mollusk. It might be the safest creature on the island to hunt, and while it only provides a small amount of meat and Chitin, An easy meal is always good on the island.

Unlike nearly every other creature on the island, Achatina does not defecate normally. Instead, it secretes a thick, sticky substance. Achatina leaves trails of this slime, but the trails are so thin that they crumble to dust quickly.

Domesticated:
There is a very diguesting, but useful, fact about achatina that causes tribes to seek to tame them: its secretions are chemically similar to the 'cementing paste' used by many tribes for building materials. Tamed Achatina naturally build up this slime over time, which can then be collected at the tribe’s convenience.