By Jatheish,
October 4, 2016 in Announcements

We have man. We have bear. Now we have pig.   It's time for the next step... MANBEARPIG 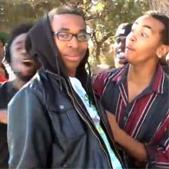 And there's the War Pig.

Hoo boy, then did they ever slip up when Assassin's Creed Unity was released for PS4. And Witcher 3. And a lot of games, really. Sony's just weird, especially recently with Skyrim: Remastered for the