The best dino you ever tamed

My less than perfect 120 rex, poor guy. Long, long ago, on an official pve server, there was a sorry excuse for a man known as Chinese Joe. He was a griefer and would stop at nothing to mess with 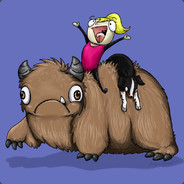 I'm curious as to what everybody's favorite tame was, not strictly speaking for dinos of course, but any creature in ARK. I think that despite my love for the big overpowered creatures, my Rex Perseph