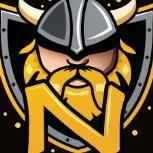 The baby of this creature should be a literal ball of fluff and all you can see are its cute eyes.

Something that so many people overlook anymore: The Arks lore wise are supposed to help humanity survive and progress to the next step of evolution. Helena herself mentions how there is such an absurd