Disappointed with the DLC and the event 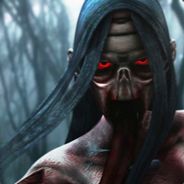 By Tranokys,
July 28 in General