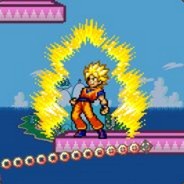 Hey! I noticed all of the dinos new from Fjordur are not able to be unpodded on Aberration. I'm here to petition for these creatures to be added to Aberration's allowed classes list, and why they still fit into the aberration theme/mindset regarding limiting certain tames.

Andrewsarchus - This creature walks completely on land, and is more like a horse than a pig. Horses are allowed on Ab, so I feel this would be a fair thing to add to aberration. Granted the gun struggles to match up with aberration's usual vibe, however I'd argue it would prove useful against the limited number of actions you can usually take against things on ab. In this particular context, I am referring to the PVP side of the game, but I feel it would better balance mek/tek suit PVP on aberration.

Fjordhawk - This creatures entire design revolves around picking bags and retrieving items. Granted full birds have typically been excluded from aberration, but Featherlights could be a counterargument as to why the Fjordhawk would still be a good fit, since it is a shoulder pet too and not a ridable bird. Aberration is a tough map in many cases, and being able to retrieve bags from horrible mishaps, both of the users fault and of the game's fault in certain terrain related incidents, would be a huge boon for aberration players.

Fenrir - This creature's abilities are unique, but you can do certain forms of the same stuff with creatures that many people would argue have no business being on aberration. Examples being Freezing with Managarmr, spike reflection with Shadowmanes, unique pre-given saddle armor with Shadowmanes, etc. Creatures with WAY more wild abilities are on aberration class allowed list already, and I think Fenrir should be allowed to be part of that.

Desmodus - This one is a TOUGH argue as it does fly around, which largely fights against the no flyer gameplay aberration strives for usually. However, where better to allow giant bats that break the usual no-flyer in caves rule than the massive underground that is aberration? It fits the underground vibe very well, with the abilities it posseses being a huge boon against creatures already allowed such as Bloodstalkers, Manas, and Tek Suiters (Not a creature but it really isn't fun to have no counter to a suiter being able to just zoom away untouched and unpunished for being underprepared aside from the suit itself. I can't imagine I'm the only one that feels that way). The echolocation screech in the dark depths of aberration also looks incredibly awesome!

If anyone see's this and agrees, please upvote so we can gain some traction on this and get this visible to the devs to consider?

Have a great day!