Fix Genesis 1 Notes not being unlocked! 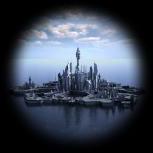 By Atlantis,
June 11 in General