By StudioWildcard,
January 29 in Announcements 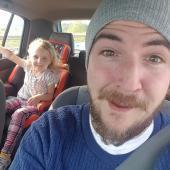 Only a week? That sucks for the people who work for a living!   Come on guys

People ask for stuff to get fixed, they are considered whiners. People ask for more Evos or longer time frame: whiners. You cant win. Say nothing, nothing changes. Say anything, get labeled.

Your requests for EVO events are still being seen. 💪🏿 And people should be able to voice their opinions in a constructive way.  If that's not the case then let's talk about it.  It's a misconception t