Scorched Earth - Ragnarok - The Center maps need to be reworked. 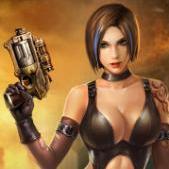 Scorched Earth - Ragnarok - The Center maps need to be reworked.

Because after the extinction, genesis one, genesis two maps were released, the player count of the old maps decreased drastically. There are no activities that players can do on the old maps.

And these new maps are far superior to the old maps in terms of farming. For this reason, old maps should be rearranged. Extra content should be brought in order to replay old maps and compete with other maps.