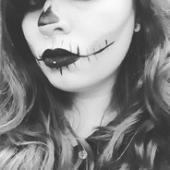 CrossArk servers are isolated clusters that contain one of each map, and sometimes--but not always--meet a specific, niche purpose. There are Primitive+ CrossArks, Offline Raid Protection CAs, and even normal tek engram and then no tek clusters. Recently population across these clusters has dropped to an all-time low so it's common for tribes to stagnate in their growth and development of the clusters.

To help combat the stagnation of CrossArks, I come bearing the suggestion of letting there be CrossArk transfers -- but wait, there's a catch! It won't be so easy as picking up all of your cryos and skedaddling off to a new cluster to escape the dogs of war biting at your heels.

CrossArk cluster transfers would be conditional and limited to keep it true to the spirit of their intended purpose but also prevent it from becoming a separate network of official servers. But instead of adding an entirely new mechanic to the game, let's take one that already exists and modify it in a way that suits our needs. Most boss fights exist in the game with an intended purpose, and combined with ascensions they all cater to the extensive lore that has shaped ARK: Survival Evolved into what it is today. That being said, there is one boss fight that seems to lack in what others promote, the biggest of these benefits being tek engrams and bonus character levels.

What's that boss, you say?

Extinction's very own King Titan. Sure, it does have some cool lore, and it does tend to drop some very nice loot. However I have been lead to believe in my time that this boss fight is regarded as one of the most difficult in terms of preparation and the slow grind it takes to get there. Sure, it's attainable, but it is far from easy and is not without sacrifice.

King Titan is lauded as one of the strongest bosses in the game, and it's practically a necessity that you have to tame the Forest, Ice, and Desert Titans in order to take it on. Gigas will take a couple of stomps to the face and crumble beneath the King Titan. You have to work your way up the ladder as well, start with Gamma King Titan, save the Gamma head tribute to proceed to Beta, and similarly to Alpha -- which not only requires all three titans, it also requires the use of a specific item unique to this fight to beat it: the mega-mek.

But here's the catch: Defeating Alpha King Titan doesn't just unlock CrossArk transfers across the board, it unlocks it for that specific player on that specific cluster. If a player on CrossArk10 defeats Alpha King Titan they can choose to go to any cluster they want, so they settle on CA12. If they find they don't like CA12, they have to defeat Alpha King Titan on CA12 to transfer off. Even if they want to go back to CA10. This will keep the spirit of CrossArks true but also allow for some spice into the every day humdrum. It will allow for players to make friends and enemies anew, and will encourage growth in ways previously thought impossible.

(Disclaimer: things written here are my own ideas based on some of my own quite possibly flawed conceptions. Don't take my words as gospel and please feel free to discuss how to further make this work, or even all the ways in which it absolutely would not and should not work.)