The initial idea was to propose a creature that came closer to the real real giantopithecus more than it was now, because let's be honest, it is too much of a bigfoot and in reality it is more like an orangutan killing tigers with the slaps.
But now I believe that the Ark player needs a creature that can help him in defense and attack, who can use his strength to defend us during our epic explorations and, why not, help us in boss fights. Meet the Blakypithecus, the Viking Momk-E. 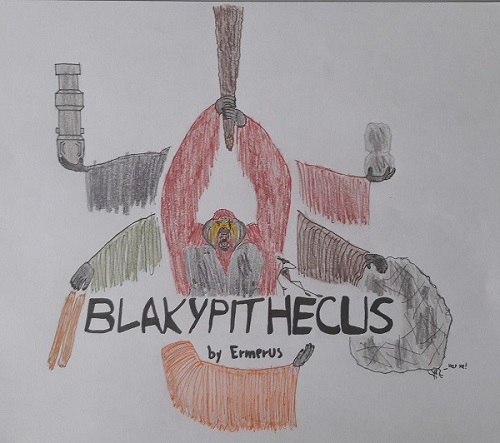 Larger, more resilient and stronger than its cousins, the Blakypithekus has over time become the undisputed king of the jungles. Although he is famous for his laziness, he is not a creature to be underestimated, in fact their presence on a battlefield could change their fate in a few minutes, so much so that even the T-rex fear their wrath. They are solitary creatures competitive with those who dare to challenge them, but despite their fame as great warriors, they prefer to eat and rest under the canopy of trees, aware that their well-deserved fame will defend them from any threat. Their powerful arms allow them to unleash attacks that can both repel or severely damage the opponent as well as defend against attacks. His roars manage to scare smaller creatures, such as raptors, carno and dilo, aware of the opponent's physical superiority.

Place of residence: dense forests of various kinds and mountains (in that case they will have a white color, as some yeti hunters assumed)

Trivia: The megapithecus boss is only able to spawn Blakypithecus in Hard mode, one for each time he summons monkeys. 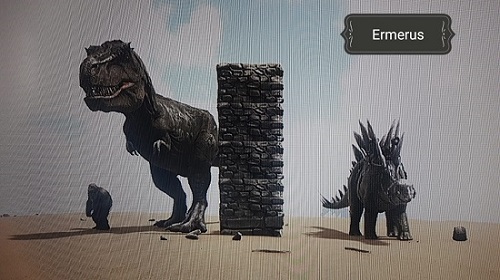 (size of best is the wall)

His domestication is passive, the only danger is that if he is given the food he has not asked for, he will be furious. His diet is varied, from berries to mutton. Once tamed you will find yourself a very efficient bodyguard. It can be ridden bareback or, with its saddle armor, it will not only have greater resistance due to the removable armor shield, but also have a second saddle on the creature's right shoulder, to allow a sniper to lurk. Of course he won't be able to use the shield when he uses his SPECIAL SPECIALTY, which I'll show you now. The rideability of the creature is designed for all platforms, even for those who do not have online from the PS4, can always play with a friend and play the part of the SHOULDER, in every sense. 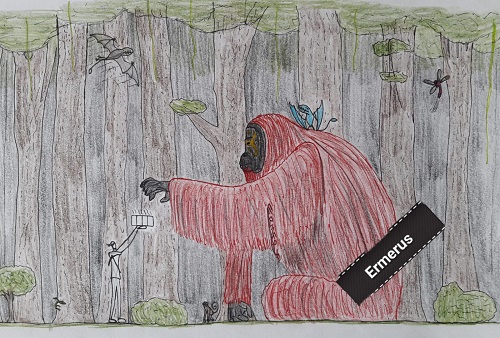 Its peculiarity is that of BEING ABLE TO USE OBJECTS AS WEAPONS: (trunk, boulders, giant boulder, vine, logs, cannon, etc.)

(!!!ATTENTION!!! The fact that he can use the objects from the ground does not mean that he can use them all at the same time, he will have to select on his personal menu the skill, or rather the weapon, and use that, AFTER TOT TIME you can change if it is too OP.)

This special can be accessed through the creature menu, where you can decide which move to use specifically.

The object it possesses also varies depending on where it is located, for example (Temple -> columns, large skeletons animals -> bones to throw ...).

In addition to this, it has a normal defensive set such as:

Normal Attack with slap or punch and Heavy Attack that varies depending on the object it possesses, for example with the trunk it can make a super jump and hit the enemy with a super crash. , like the ferox.

It has a turret mode, which also varies by the object it owns. It can stand on two legs, but it will consume a little more stamina.

-Females also do not have a dimorphism that distinguishes them from males, but not being able to use the ability to use objects at will, she is able to carry medium-sized creatures in her arms, even puppies. 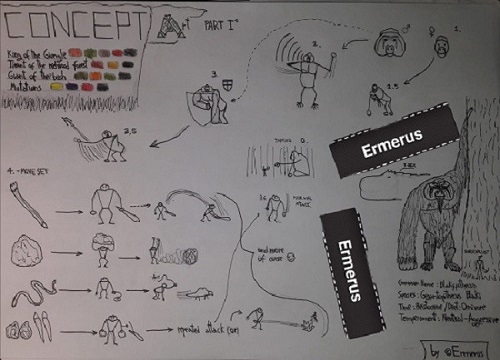 Its appearance is very similar to that of normal Orangutans, the only difference being that their size and strength is far superior. They show facial dimorphism, the males have this huge collar, the females do not have it (in addition to this the females have the ability to grab small creatures and bring them to safety).

The colors vary according to the sex and the place of origin, and are colors of the type: red, orange, dark red, black, dark green, gray, white and with black or white skin. Mutations provide it with colors such as yellow, purple, blue, and lime green. 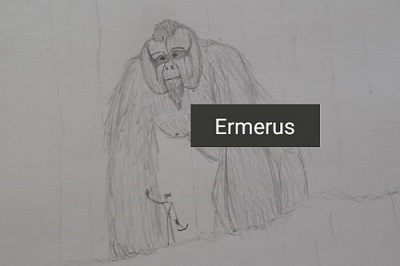 -In a map where frost and hunger dominate your stamina, this creature would be perfect as a bodyguard, able to compete even with the most ferocious and large predators in the game, useful for gaining time to create a fortress in you can feel safe while he kills.

-Valid means to move around the map in complete safety, being able to defend yourself very well.

-Able to collect enough resources for the early game on the map.

FINAL CONSIDERATIONS
Combat and Utility: Although at first glance it is a very powerful creature, bordering on being OP, it is balanced in the fact that what it takes to tame it compensates for its power in attack and defense, but above all it is a creature that would be implemented , (if Vien Diesel will help us) at the end of the game.This is not a role to be taken lightly in my opinion, because it would mean that it must match the needs of a player who wants something MORE if that can be said.
Raid: Having said that it is a creature perfectly adaptable to the needs of those who know how to use it, both in PVE (Boss, basic defense from hostile creatures, Small resources, Alpha etc.) but at the same time also for PVP (it is a perfect animal for raids because in addition to defending players, with or without shields, it is ideal for attacking, which you can customize as you wish and it can defend the bases even when you are OFFLINE with the DK-style 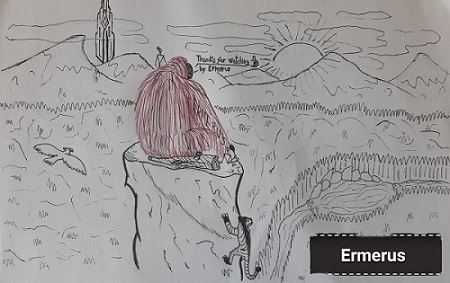 IN SUBSTANCE, THE CHOICE IS UP TO YOU GENTLEMEN, I RECOMMEND READ IT ALL BEFORE YOU GET TO YOUR HURRY CONCLUSION, FOR THE REST HAVE FUN WITH THIS EVENT.

Edited December 17, 2021 by Ermerus
Photos not ordered for the occasion

24 replies to this server topic