The creature I would like to submit is the Australovenator. The Australovenator could be a mid size mount (about megalosaurus sized) that have a varity of abilities similar to modern day komodo dragons. They could have a venomus bite that can act like a more mild mega rabies that also slows prey. They would also be exceptional exploration mounts with optional bipeds (meaning they can do what iguanadons can) ,climbing abilities ,and swimming abilities. But A big function would be the tracking ability they would have, they would be capable of tracking down any prey if they have interacted with that specific target numerous times (enough to learn the scent) and would be able to track them down while being riden and depending on how much their tracking skill has been leveled can be more accurate. Dossier by DjayMasi 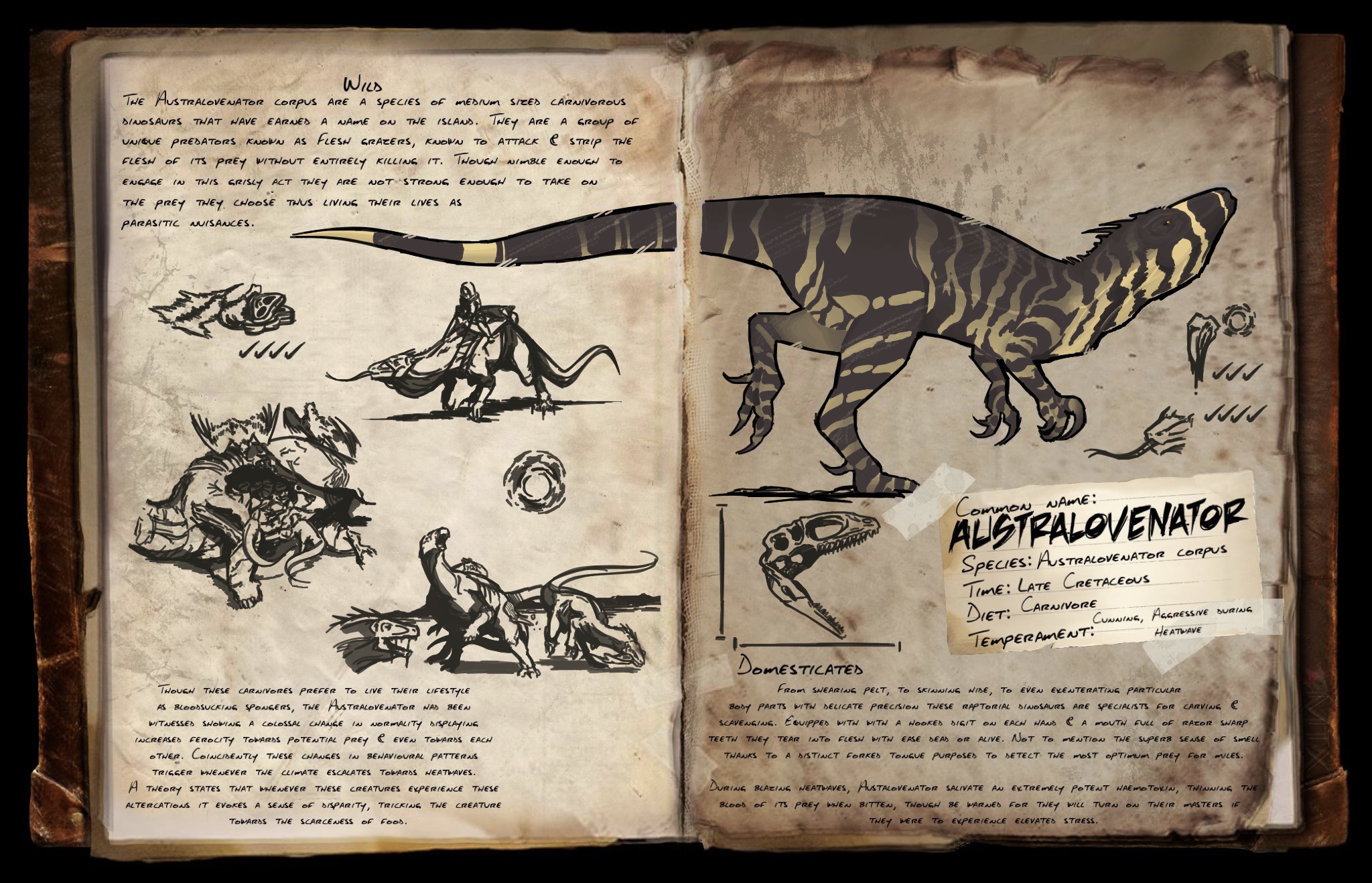