Dilong was one of the earliest tyrannosaurs, only standing a few feet tall in real life about the same as a Pachy.
Sporting the typical tyrant king traits of a large head and smaller arms with a light feathered coating.
I believe this creature would be a fantastic addition to ARK Survival Evolved.

This curious little carnivore is diurnal, meaning it will sleep throughout the night and be active during the day.
They are drawn to human activity, whether it be cooking on a campfire, shooting a long neck or even chopping down trees, Dilong is a solitary hunter and will come to investigate.
Once Dilong has found it's prey (You), it will stalk it's prey from a distance until you are no longer looking in it's direction, where it's eyes will start to glow red and it will be sent into a rage like a typical tyrannosaur.
Once enraged, it will sprint after you, it's bite has a 50% chance of bone break debuff, so being bitten could mean certain death for those unprepared for it.
To tame this creature, you need to have it enraged and chasing you, while leading the Dilong to wild creatures, if you can get the wild creature closer to the Dilong than you, it will attack the wild creature instead.
The higher tier the wild creature and higher the level, the more taming % and efficiency Dilong will gain, once the wild creature is dead, it will resume hunting you down like you stole an egg!
Continue this process until tamed.

When you've managed to subdue Dilong and call it your own, it does have a saddle for you to be able to ride it as well as a small perch on the tail for your new Sinamacrops to sit on. (Or Featherlight/Dimorph/Vulture)
Dilong has a few abilities in it's arsenal to help you on your journey, especially early game;
- It is capable of the (50% Chance) bone break debuff on enemy players, to give more PvP utility to the small carnivores again.
- When standing next to a carcass, the Dilong radial wheel has the option to "Shred" the corpse and have a much higher chance of gathering prime meat (Or gather more if the carcass already has a good chance).
- The Dilong is capable of stacking 10 pieces of prime meat within it's inventory (Saddled) and 5 pieces of mutton (Saddled).
- Placing Organic Polymer within it's inventory will give you a preserving bin effect on all perishables within the Dilong inventory, giving much better utility for when taming those larger and hungrier carnivores. (Organic Polymer will also have a larger spoil timer).
- The Dilong has a "Tyrant" buff effect that takes place when force-fed prime meat. This effect increases movement speed, max health and damage by 20% for minute per piece of Prime Meat (Or Mutton), stacking up to a maximum of 10mins.

I'm sorry for the long post, but I've wanted a creature like Dilong for a very long time now and I think it would make the ARK early game much more immersive, thrilling and meaningful for both PvP and PvE players.
Thank you for taking the time to read this and may the best Dino win! 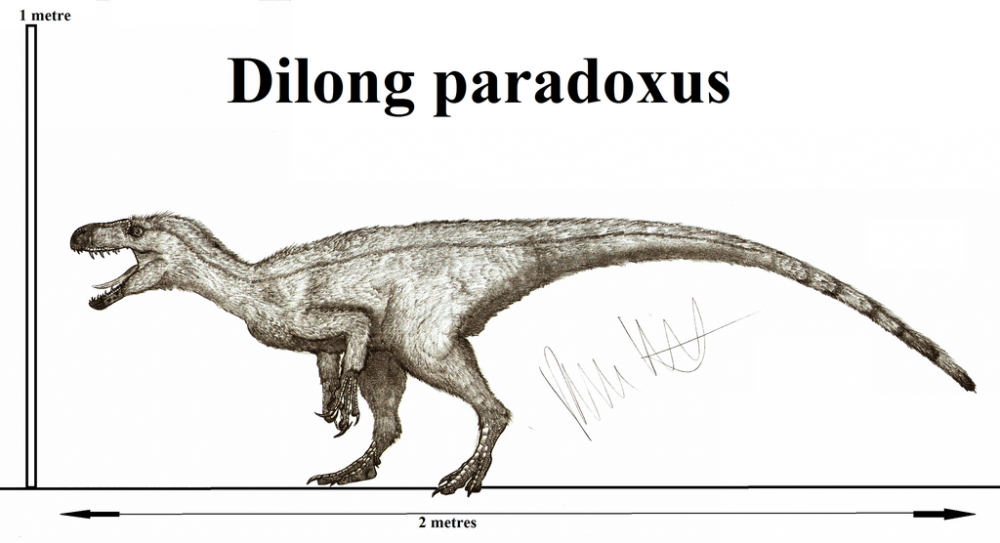