Wendigo The shadow of the mountains

wild: Not many people have ever seen a wendigo and lived to tell the tale, they speak of a skinny creature hiding in the mountains that lures people and creatures towards it with familiar sounds. once you get close enough the wendigo will unleash its tremendous speed and take away their victim never to be seen again. the only part you see before they attack is a glowing pair of eyes in the darkness.

Domesticated: although very hard it is possible to tame a wendigo. this can happen only if a person gets bitten by a wild  wendigo and survives, although this is not something to be celebrated. a domestic wendigo can have its owner hold onto its back while traveling. their speed in nearly unmatched in the ark and while sprinting they become invisible. they can lure creatures and people away with their impressions and even pick up a person or smaller creature. although not that tanky they can punish their oponents greatly with their claws and jump ability. 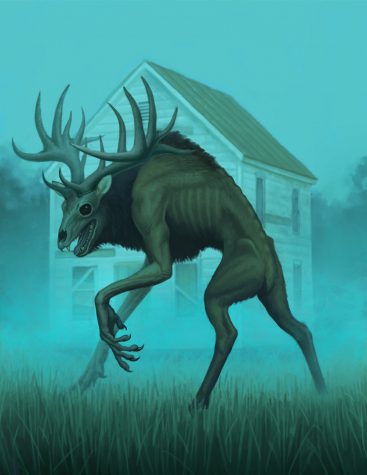