Fasolasuchus is a medium size creature that uses its teeth, forearms, and thrashing tail to fight off its opponents. It’s is an active hunter that specializes in attacking humans with coordination. You will typically find them in pack of up to 5. They use their color to camouflage with its surrounding and jumps onto the unsuspecting victim. Alternatively It can use its tail to slap riders off their mounts, if this attack is charged however, it will knock the riders unconscious. This charging takes some time though.

Fasolasuchus is tamed by first singling out an individual, you must incapacitate it by using either a bola or bear trap. After that toss honey or another treat to it. This will show it you mean no harm. After it has eaten it will be tamed and ready for action! The Fasolasuchus specializes in hunting creatures bigger than itself. It’s will use forearms and back legs to grip large prey. The back legs of Fasolasuchus have gripping hand like appendages. This can hold down small prey such as humans to be torn apart by its thrashing forearms. 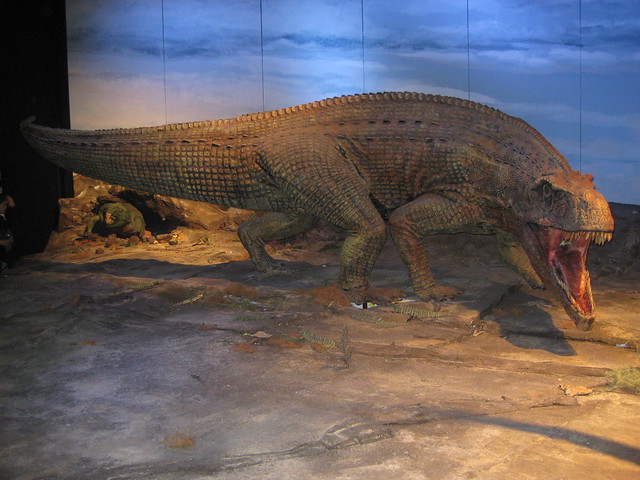