This post was about Cryolophosaurus, but because of Ark Additions, I have changed the post to be able Guanlong to avoid any hate. Thank you! 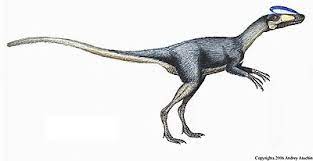 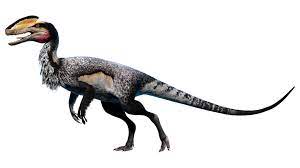 Guanlong was one of the first tyrannosaurus dinosaurs and displays primitive versions of many letter dinosaurs like T. rex. It is know as the “Crowned Dragon” and was a medium sized sized carnivore. If this dinosaur were to join ark, it could be a speedy bleeder able to scare away smaller dinos and humans. They could be pack hunters around the size of carno/allo. To avoid similarity to deinonychus, I have given it ability to be a separate dinosaur.

Fear bellow - uses its colorful crest to scare away other dinosaurs and humans with a form of fear roar. Instead of cussing uncontrollable movements, it could debuff and hinder the vision of the target out of pure intimidation.

Killer bite - It’s bite attack deals devastating bleed. This bleed would last a long time, making this creature a hit and run style attacker. This bleed could slow down enemies or even hinder flight. This could be nerfed to make it balanced.

Quill Spin - This is more controversial in my opinion, but it would make a interesting ability. Guanlong could have releasable spines in its feathers across its body. In a violent spinning motion it could release quills at short range. To make it different from velos attack on extinction, the quils could stay in the victim and cause minor bleed. They could be taken out by other survivors. They could also cause torpor.

Pack Bonus - Guanlong could have pack bonus of around 4. Alpha could use a vibrating call from its crest to improve the speed and flexibility of its pack.

Special saddle: The saddle of Guanlong could amplify the quils of Guanlong to make them a powerful weapon for torpor damage. They could be as potent as darts, but have a cool down after a certain amount of quils are released. Another ideas is that the saddle possibly generates quils to be used as a new form of dart or a type of narcotic. The saddle could look like metal/hide armor around its body, with slots to shoot out the quils. This could be a mid to endgame saddle.

PvP abilities: So far, Guanlong doesn’t have much PvP potential. But, a interesting idea is strapping different things to its quils, which it could then shoot out at enemies. These could include trackers, C4, smoke or gas bombs, etc. This could create a interesting new meta.

Taming could always be the traditional torpor method, but a cool idea would be reflecting the quils of Guanlong to itself, eventually allowing it to be tamed. If the quils do torpor, you could reflect them until the Guanlong would nock out. If the quils don’t do torpor, they could stun the Guanlong allowing the survivor to feed it for a limited time. This could definitely make taming difficult.

Let me know if you have any more ideas for Guanlong. Again, this used to be Cryolophosaurus but I don’t want to cause harm to Ark Additions  and his wonderful modded creatures.

15 replies to this server topic