This dinosaur has the ability to mimic the sounds of other creatures, like yutyrannus and wooly mammoth, buffing your tames or scaring away attackers. You can train your raptor to mimic 1 other creature’s sound.

-Parroting: Can mimic the sounds of other creatures, able to scare away enemies or buff allies.

-Latch on: Can latch onto most creatures, similar to deinonychus.

-Pairs: Velociraptors can form mate-pairs, gaining something like a pack buff.

-Night vision: Can see in the dark naturally well when controlled.

Once tamed, Velociraptor is much like a noggin in its ability to let its owner take control of it. When controlling a raptor, you can give whistle-commands to other tames (This would sound like a screech or chirp, perhaps).

-As the Velociraptor runs towards you, pull out a bola and swing it around. This will interest the raptor and it will follow you for a few seconds.

-While it is following you, trap another creature (or player) using the bola and watch as the Velociraptor tears apart the trapped victim. This will fill the raptor’s taming bar, as you are helping it hunt. Certain species of creature will give better taming effectiveness. Repeat this process until the Velociraptor is tamed.

Velociraptor can be equipped with a satchel they wear, similar to that of a hyenadon. This satchel would provide armor for the dinosaur as well as preserve all perishables.

Velociraptor is one of the fastest runners on Fjordur, second only to the gallimimus. This blistering speed comes at a cost, however; Since the raptors are so lightweight, they have a relatively small heath pool.

Velociraptors can pair up with one other member of its species of the opposite gender, forming mate pairs, in both the wild and once tamed. A taimed pair of raptors can be made to cuddle up and sleep, kinda like a shadowmane, but there’s two of them. When is pairs, Velociraptor gains a kind of pack buff.

Velociraptor is little bigger than the troodon and hyenadon.

Velociraptor is able to sidestep and turn on the spot. 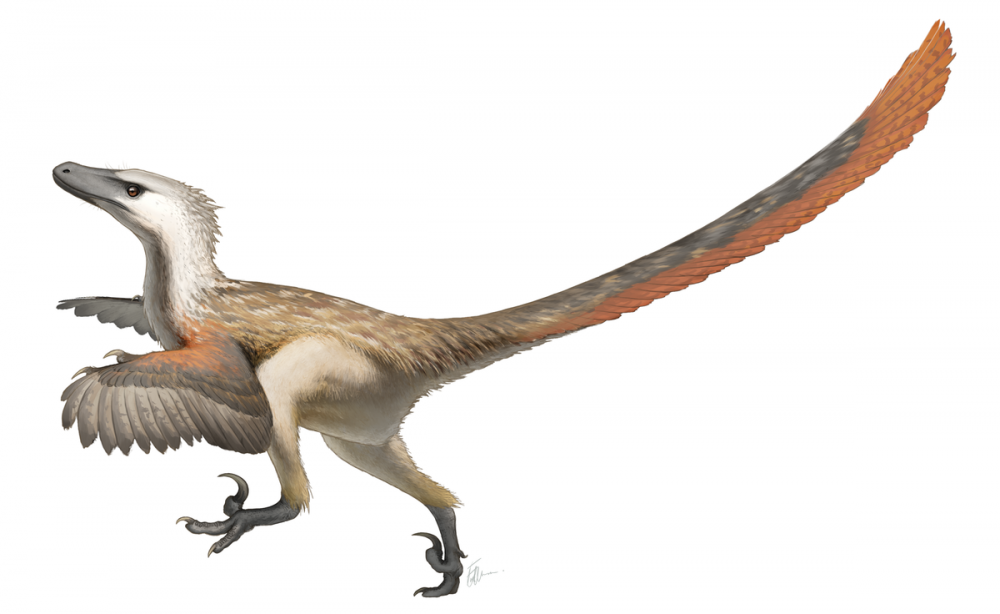 Inspiration for the mimicry came from this short film.

Edited November 11, 2021 by ReyNova
To add a source for an idea I use in my submission and correct an error