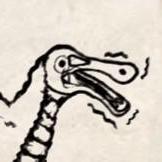 In appearance Deinocheirus is similar to a therizinosaurus but it is much larger with its vertebra almost forming a spine on its back and  with a weight measuring up to 6.4 metric tons. It has violent coloured skin with blue patches on its head but most of its body is covered in feathers with darker colours on its back and tail but brighter colours in its stomach. it has really long and strong arms with a nice set of claws which compensates its weak ducklike beak. it'll have longer feathers at its tail and arms almost wing like

I imagine it to have a saddle with some blades attached to its claws just to give it even a more horrific look.

It is an omnivorous creature but not the one to mess around with. Naturally they wander around grazing the vegetation but they are willing to accept an easy meal when it walks up to them. So keep your distance. They are not going to attack any big bodyed creatures naturally but they are willing to protect themselves and the other Deinocheiruses. (much  like trikes and stegos do)

This dino will fit well in your collection. It being an omnivore means it can eat both meat and berries, vegetables and also can take veggie cakes. It can sprint pretty fast but burns  trough stamina pretty fast. It has an attack while sprinting similar to the deinonychus where it moves its hands in a griping pulling way. that attack would be slow and it has a 1/4 chance to apply a reaper spit like effect (except it'll be red) called "Painful scars" it'll slow down the effected enemy and thats where its standing attack comes in when it starts to jump left and right while swiping with its hands. this attack will keep applying the effect and builds up a rage meter that speeds up its attackspeed like tek claws and also burns through stamina so it cant just stun and run after you that easily.On the omnivore side the regular harvester attack where it leans close to the ground and moves its beak fast searching for food like modern ducks do. While doing this attack it searches for the specific item type you have set it to and only harvest that. This can make farming tintoberryes for medbrews easyer for example.

It'll be a passive tame, but not the kind of one that you would think much like an aggressive passive tame. Where u have to damage its limbs to get it on the floor and feed it with  prime fish meet being its favourite, And wait until its recovering.

I didn't wanted to go too crazy with this idea but i'm interested to see what do you think about my suggestion, sorry if i annoyed you with all of this like this like that but its much easier for me to explain what i think it will be. If u want to see my suggestion in game please vote for it to change the game together. 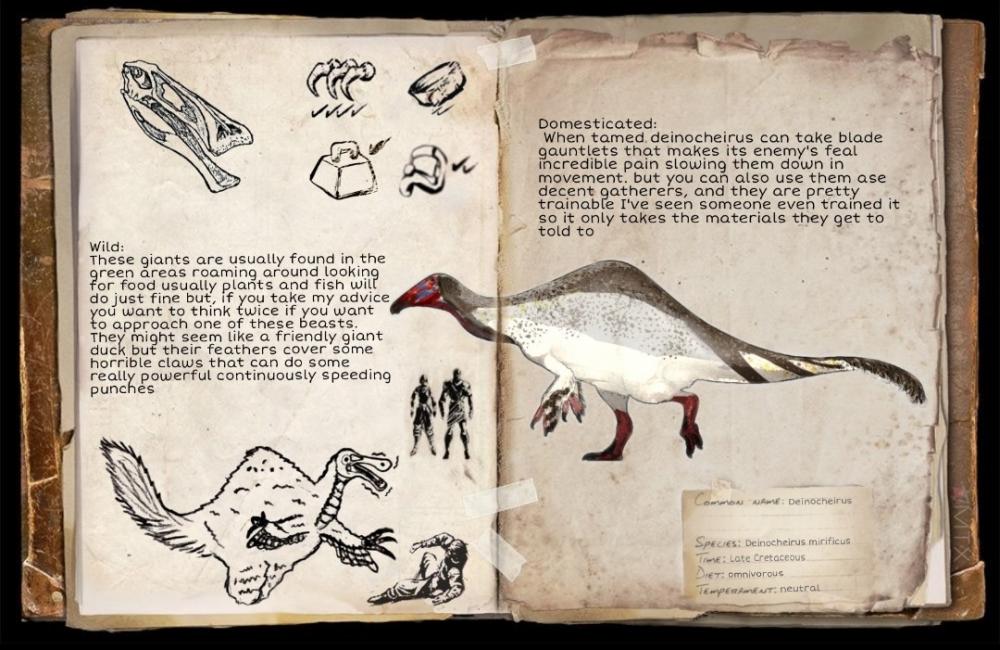 25 replies to this server topic