The Shantungosaurus is the creature I would like to see in ARK.
My rough idea for it's abilities is reduced damage and the ability to break creature's legs for a specific amount of time based on kibble egg group
(basic = 2 minutes, simple = 1 minute, regular = 50 seconds, exceptional = 30 seconds, extraordinary = 20 seconds All Flyers = debatable) Another idea for the Shant's leg breaking ability is how it affects quadrupeds and bipeds, the leg break lasting longer on bipeds.
My idea for taming it is that you can only tame it by feeding it crops that are in crop plots
I hope you like my idea for the shantungosaurus!

Because of some feedback I've gotten from both people on discord, and people in the comments I have decided to make a second idea for the taming method. Another taming method that could work for the Shant is taming it like a Gacha, in which you can simply drop veggies on the ground and kite the Shant over to them and it will eat them from the ground.

WILD
Shantungosaurus cripplus is one of the most terrifying creatures to encounter on the ARK, even if it is a herbivore.

It's furious stomps can cripple any dinosaur hit straight on by it, even being able to prevent flyers from taking off for a short period of time.

Not only that, but the Shant is one of the most hot-headed herbivores out there, you think it's a carnivore! Even approaching it will cause it to charge wildly at you and what's worse, it's found in herds! Once you're detected the whole herd will charge wildly at you, throwing headbutts, stomps and tail slams your way!

DOMESTICATED
Due to it's aggressive nature I don't think it's possible to feed a Shantungosaurus by hand and it's thick hide protects it from all forms of sedatives.

If you manage to thin a single Shant from the herd, I have heard myths that a Shant has such an affinity for vegetables that it will eat them straight from the crop plot!

Some people have apparently managed to domesticate a Shantungosaurus that way.

A tamed Shant could be invauluable to warring tribes as their crippling stomps can temporarily slow down creatures to be picked off by tribe's other creatures.
They're also useful for more peaceful tribes as their large size and beefy physique can make them incredible pack mules and can effectively protect caravans.
Shants can also steal crops from other tribes, if you somehow manage to sneak one into an enemy's base. 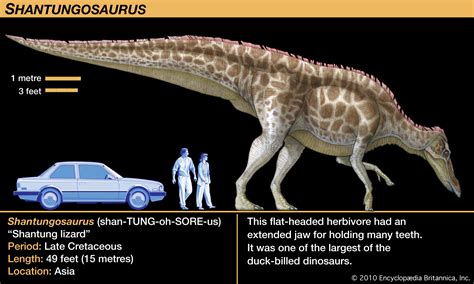 21 replies to this server topic