I've made a post about this creature and made a dossier on it. i will also go into detail again about its functions. with the news that a new creature vote will be coming to ark survival evolved i want to pitch my idea for a fantasy creature.

A large reptile a tad bigger than the Wyvern but has four legs a large tail and thick horns this creature is highly aggressive and will attack anything on sight. it has the capacity to carry creatures in its mouth and with its front hand claws. My Dragon compared to the boss has more combat abilities and have different variants. like the giga the dragon has a rage mode once it takes enough damage, it has a charge ability like the trike only instead of running and butting its head the dragon will stand on it hind legs and spin in a circle causing radius damage. The Dragon on top of its breath attack also has multiple melee attacks such as a tail whip, a slam and claw slash causing bleeding damage.

The variants will offer each a unique way to tackle the world:

The Fire Variant is fire resistant and can quickly destroy metal with it's fire balls and fire roar and when they die you can harvest Prime Meat, Keratin and Organic Polymer

The Element Variant is resistant to TEK attacks but with it's breath attack it can destroy TEK structures and armor and when killed they can give you Element Dust and it's breath attack can only be used if it has element in it's system.

The Avian Variant is a bird like Dragon but it flies faster the the other Dragons and has a wind breath attack that can send survivors or dinos flying, i consider this one to be the weakest variant but it can carry a lot more and when killed it can give you Pelt and Fiber.

To tame these creatures you need to knock them out like golems with a catapult, cannon or rocket launchers and feed them rare mushrooms. Note these animal can not be bred or cloned. 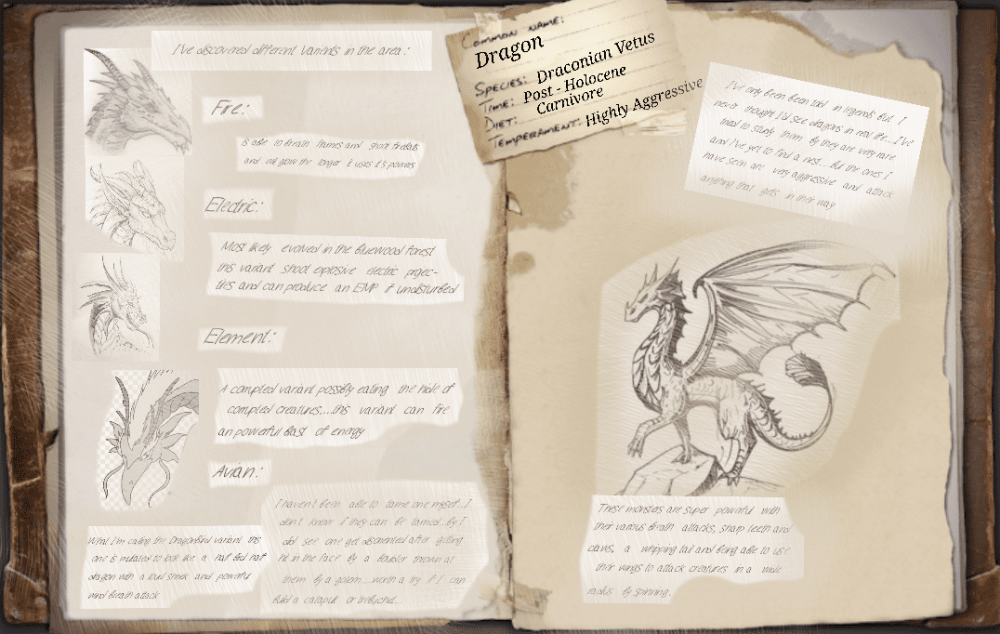