qol Allow to drop all (filtered) items from inventory from console 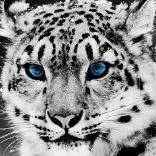 In a game like CS:GO, it is possible to use the console to perform certain actions and to bind those actions to keys.

will buy body armor and a smoke grenade if you press the F7 button on your keyboard.

Something similar would be (IMHO) quite useful for ARK. (I'm not sure if this will have a negative impact on PvP, hence I mainly propose this for PvE. But it might be useful for PvP as well.)

Some specific example where it would be useful:

When I'm gathering resources with a dino (an Anky for instance), I generally pick up a lot of resources that I'm not interested in. Like stone or berries when I'm trying to gather metal. Right now I have to pause the gathering, go to my dino's inventory use some search terms such as "berry" and "st" (for both stone and crystal) and hit "Drop all" in order to lose some weight.

that allows us to drop all items from the inventory that matches such a filter (the "*" here being a wildcard), hitting the F7 button.

Alternatively some kind of "opposite" filter to drop everything except for something specific.

(The commands themselves are just the first things I can think of and are open for debate.)

This way I don't have to perform the same repeated action manually, which would be a nice quality of life improvement.

Naturally, it should also be possible to undo those binds.

I'm looking forward to your thoughts.