Am I able to see original stats of tames after levels? 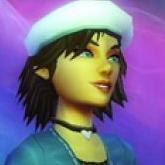 By Zadira,
September 1, 2021 in General Discussion