Maewings should be able to feed babies with 'special' diets 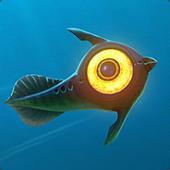 When they were announced I was really hoping Maewings would be able to feed babies directly since lore-wise it's their milk that's supposed to be their special ability. Instead all they are is a living food trough capable of auto-feeding babies. Awesome, no doubt, since it eliminates the pain of sitting next to most creatures and hand-feeding them for hours, but still....this is the last expansion for Ark 1. It would've been great for them to be able to directly feed special babies like wyverns, rock drakes, etc. Or failing *all* babies with special diets, since Void wyrm babies eat meat, allow normal wyverns to be raised off meat too.