TLC 4 :What creature could be reworked on ?

For me Ark is a great game with uniques creatures and a great source of knowledge on extinct creatures . I been on this game since 2017 and after the TLC 1,2 and 3 i got to wonder how some of the oldest and more Iconic creatures in this game could get a new face. In this suggestion i would like to know what creatures most peoples want to be reworked on ,eaven if i am making my own list of dinos i would like a rework of(maybe in a way that would make them more popular), anybody can add his own suggestions.

My candidate for a TLC is the Apatosaurus/Brontosaurus:


One of the oldest and most iconic dinosaur in the game need a new Face, a Tlc that would add more appeal and more mechanics to this Behemoth of a dinosaur.x
-First the addition of neck spikes that would not only give a cool look , but a defence against large and medium size carnivores, getting damage back for each hits. This would give a more defence to the Bronto.

Example of neck spikes in use( Image not mine)


-Second, the addition of a stun tail attack that would replace the old normal tail attack .This attack would stun(or have a huge knockback effect) any creatures smaller that an apatosaurus that would be in the victinity of that tail attack (no giga stun), it would also dismount the rider of the targeted dinos
Overall it would not be good if apato was to much of an overpowered creature ( there already enougth of those) but if it could find it place in the actual meta and do  something else then being a easy mountain of exp and Meat, i am sure no people would like and use this dino more often. 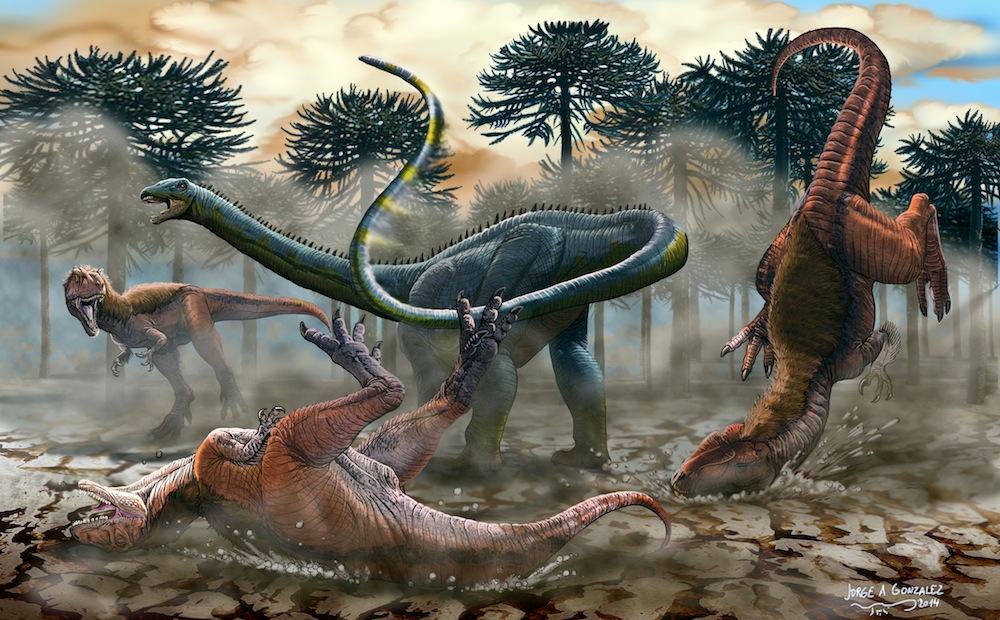 
Now that i have presented you my candidate, i would like to know yours and what abilities or reworks you would like to see on them.
Im doing this suggestion in hope that wildcard will hear our prayers for more TLCs

18 replies to this server topic