By StudioWildcard,
August 7, 2021 in Announcements

Many comments on these crunches are negative, so I'd like to take a moment to thank Wildcard for bringing us this amazing game. No matter how buggy it is, we all keep coming back due to how damn enjoy 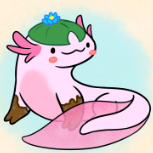 Really excited to see a new creature submission in the works, I just hope it's managed a lot better than last time

Oh no,… not again,.. Carcharodontosaurus squad, let’s try to win this round I guess